Here are two basic things I believe:  1) There are really mean, stupid, and horrible people in the world (maybe even a lot of them). 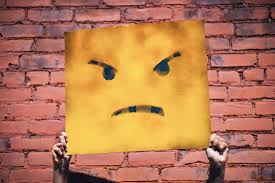 2) Every human being deserves to be treated with basic dignity.

How can these two beliefs be reconciled? It is not easy.

Perhaps the best place to start in answering this question is to explore what it means to treat people with dignity.

Here is what it does not mean:

Treating people with dignity does not mean…

That we excuse people’s bad behavior.

That we let people mistreat and abuse us or others.

That we avoid having difficult conversations.

That we lie about or minimize bad things people do.

That we hang around, listen to, or support people who do bad things or who mistreat or abuse us or violate our boundaries.

In addition, treating people with dignity does not mean being nice. I don’t necessarily consider niceness in itself as a virtue. I consider it to be more concerned with not ruffling feathers, not breaking social convention, having good manners, never raising one’s voice in an undignified manner.

These behaviors may or may not be virtuous. For instance, one could do all the actions above and not really care about people at all. One could just be doing them in order to maintain a certain kind of appearance (no matter how insincere it is) or to not create any waves.

In order to treat people with dignity, it is sometimes necessary to break social conventions, call out bad behavior , and even create discomfort. Sometimes it is necessary to be un-nice.

So if treating people with dignity does not mean these things, what does it mean?

When we treat people with dignity, we recognize three basic things about them.

First: All human beings have the light of humanity in them. You can call this light the image of God in them, their Divine nature, their Buddha nature, or their potential for creative and moral rationality.

Granted, sometimes this light is very small or dim in certain people–so much so that it seems almost non-existent.

However, all  major world religions and ethical systems teach that no matter how small or underdeveloped this light is, it is always possible to develop and cultivate it.

It is from this light that almost all of the wonderful things in the world like love, compassion, creativity, and wisdom flow. 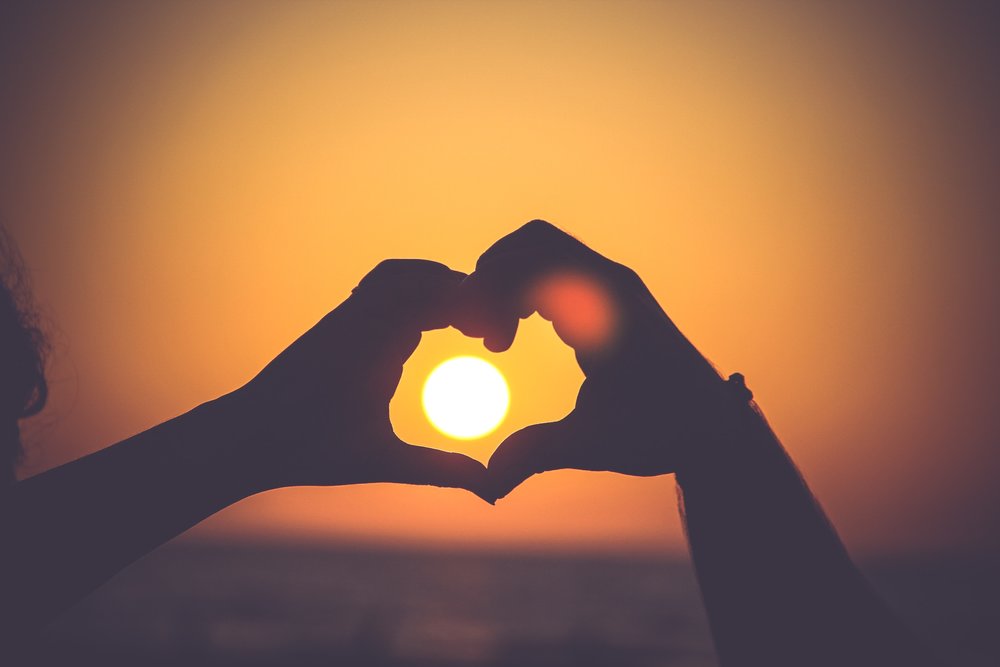 Second: Everyone’s light is equally precious and valuable and deserving to  be developed.

Third: While we are not responsible per se for developing someone else’s light, we can encourage or discourage the development of  it with how we speak and treat other people.

Given these three, basic premises, treating people with dignity in general means recognizing and honoring their light and acting in such a way as to support its development.

What kinds of actions and words support the development of our light and other people’s light, in general?

There is no way to make a comprehensive list of such actions and words in this post or even in a series of posts. But, here are some of the ways I believe we best encourage the development of our own light and the light of others.

We speak the truth in love. (And by the way, sometimes speaking the truth in love can involve getting loud, direct, and using strong language. Some would refer to this as prophetic language, and all great revolutionaries of love, like Martin Luther King Jr., have used it.)

We set appropriate boundaries. We do not violate other people’s boundaries or allow them to violate our boundaries.

We do all we can to see, honor, and praise the good in people.

We are honest with people when they are hurting us, and we demand that they stop or change their behavior. We also listen when people tell us we are hurting them, and we change or stop our behavior.

We respect people’s right to make choices, even choices we don’t agree with, as long as they are not hurting us or others.*

We listen to and support people’s dreams and projects. (As long as they aren’t destructive or immoral.)

We avoid demeaning, abusive, rude, and cruelly sarcastic language and behavior because this crushes people’s light.

We hold out hope that people can change as long as is respectful to ourselves, even if we need to hold this hope from afar. (e.g. Because we can’t be around the person any longer). 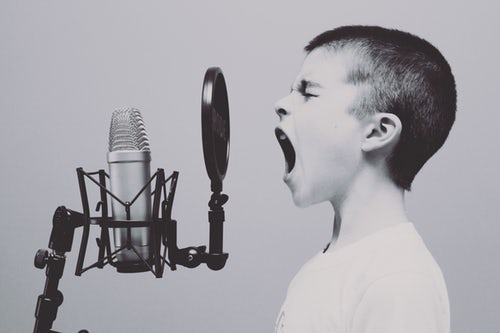 Having said all of this, let us return to the specific question of how we treat people with dignity, even when they are being mean, stupid, and horrible.

Here is my suggestion:

One: We recognize that these people, despite their bad actions, still have the light of humanity in them, even if it is dim or almost non-existent.

Two: We speak the truth in love and do not allow them to violate our boundaries and, if it is appropriate to address this, other people’s boundaries. (We can’t be the ultimate protector of the boundaries of other adults.)

Speaking the truth in love means we recognize the good in them as much as we can, and we also critique harmful behavior when appropriate.

For example, it is not really possible or necessary for us to critique the harmful and stupid behavior of the bad driver who cuts us off in traffic, but it is often necessary in many other cases, especially with people we are in direct contact with daily.

Three: As long as it is respectful to ourselves, we hold out hope people can change, and when it comes  time to cut ties, we do so in a way that does not add more cruelty, stupidity, and horribleness to the situation.

In all its many expressions love is always the right path, and it always shows respect to ourselves and others. 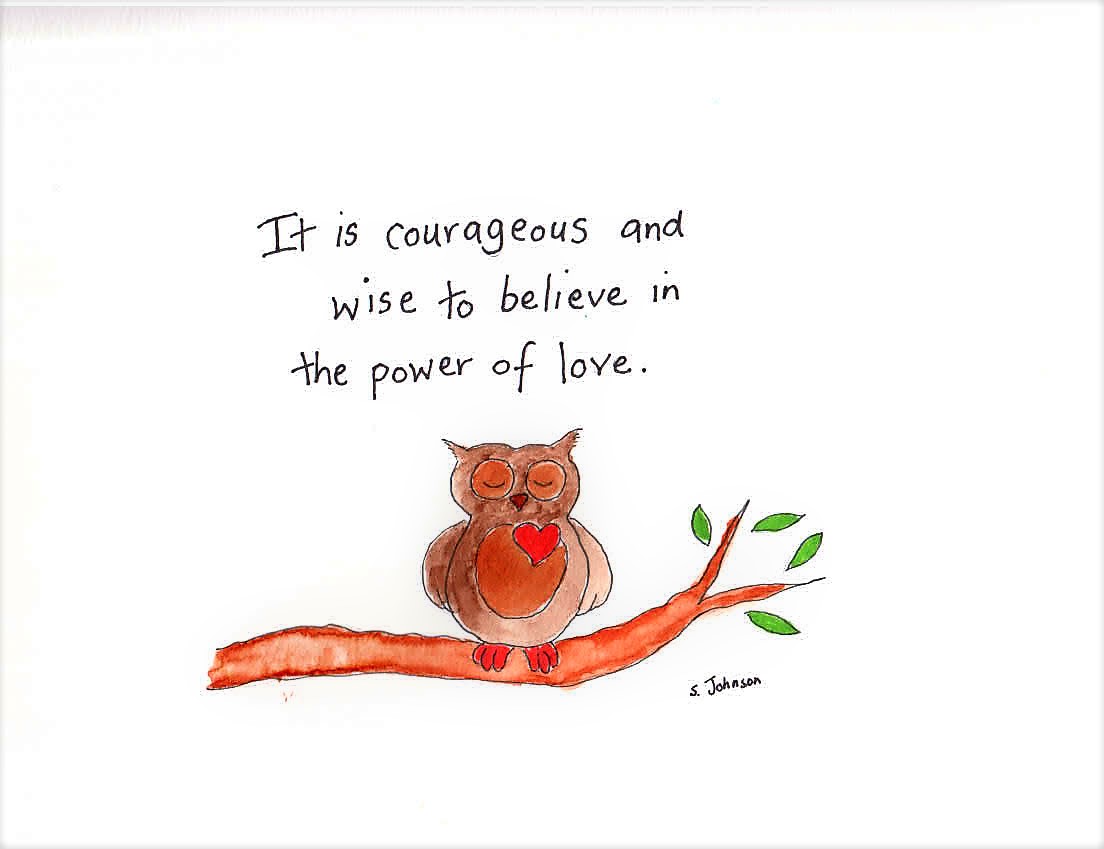 If you found this post helpful, consider sharing it on social media.

All pictures in this post, except for the owl picture (which is my own), are courtesy of Unsplash.

*I realize that determining whether someone is hurting us or others is somewhat subjective, and I don’t think that the subjective nature of this judgment can be totally avoided. Consulting wise third parties in making judgments like this is good and helpful.

18 thoughts on “How to Treat People With Dignity (And Yourself, Too) Even When They Are Mean and Stupid”