Why Thinking Well is Worth It

The first argument pitfall we are going to examine is an argument fallacy called ad hominem attack. 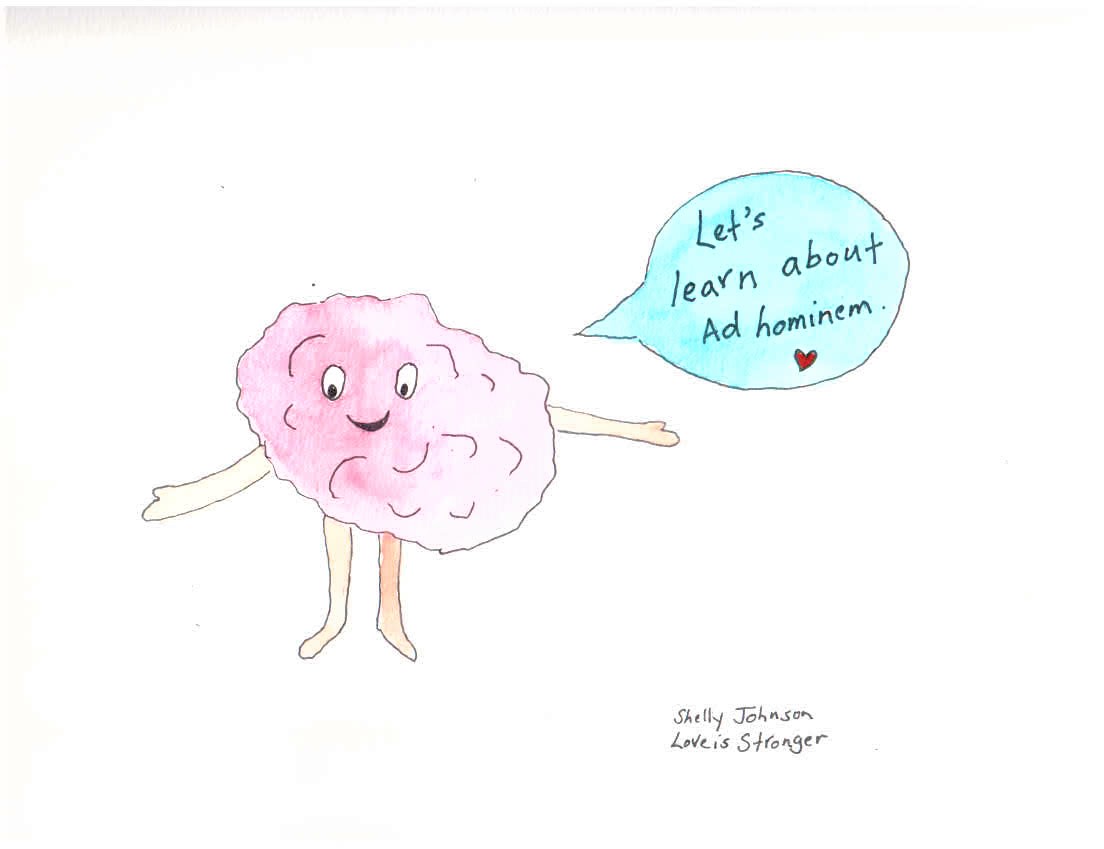 By the way, a fallacy is just a type of faulty argument, and ad hominem is a Latin phrase that means at the man (I will explain why it is called this in just a minute). 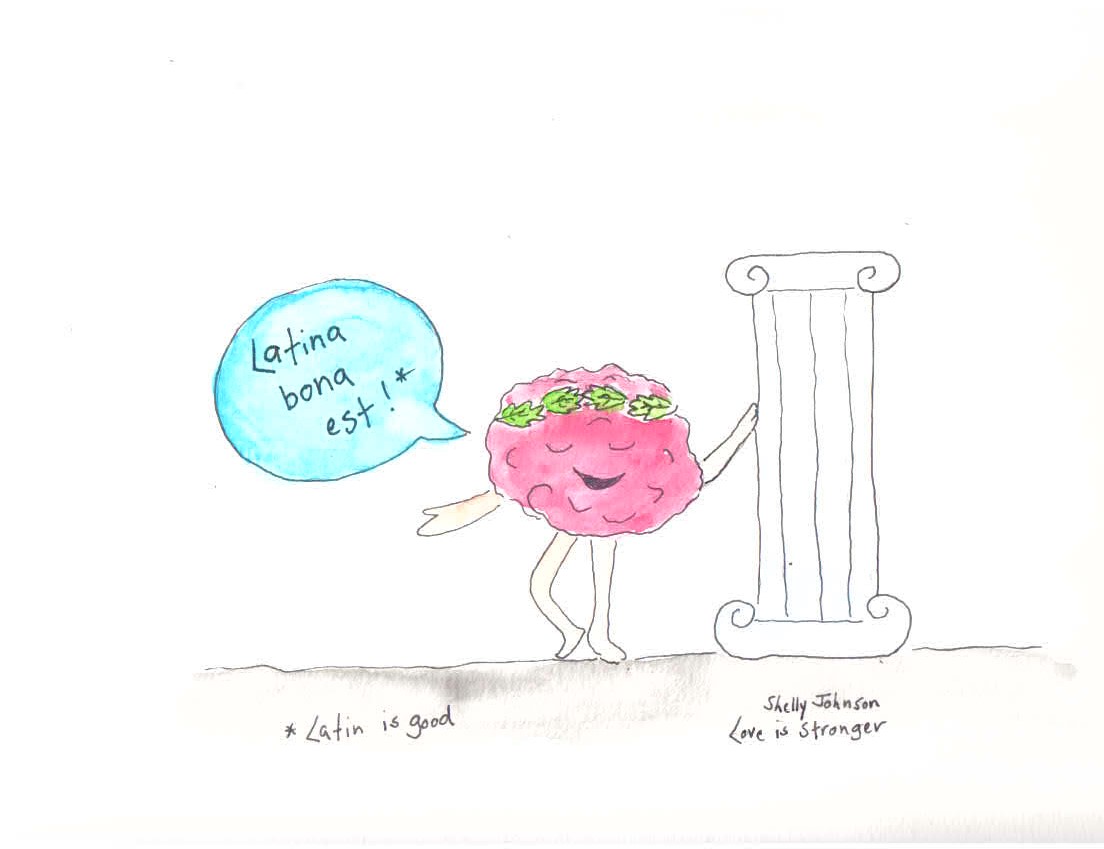 We’ll return to the ad hominem fallacy in just a moment. But before we do that, let’s talk about the parts of a good argument.

What Makes a Good Argument?

In future posts, we will examine the different types of evidence and learn how to use them. Right now, it is important for you to know that not only must an argument have a conclusion and evidence to be a good argument, the evidence must also be directly related to the conclusion and must strongly support it.

Back to Ad Hominem

Someone makes an ad hominem argument when he or she attacks the person making an argument rather than the argument itself. This can happen in several ways.

For instance, someone might merely insult another person. Calling people derogatory names is a poor (and immature) argument technique, but unfortunately it is often effective because people don’t usually like to be called names or to be bullied, and name-calling is definitely a bullying technique. 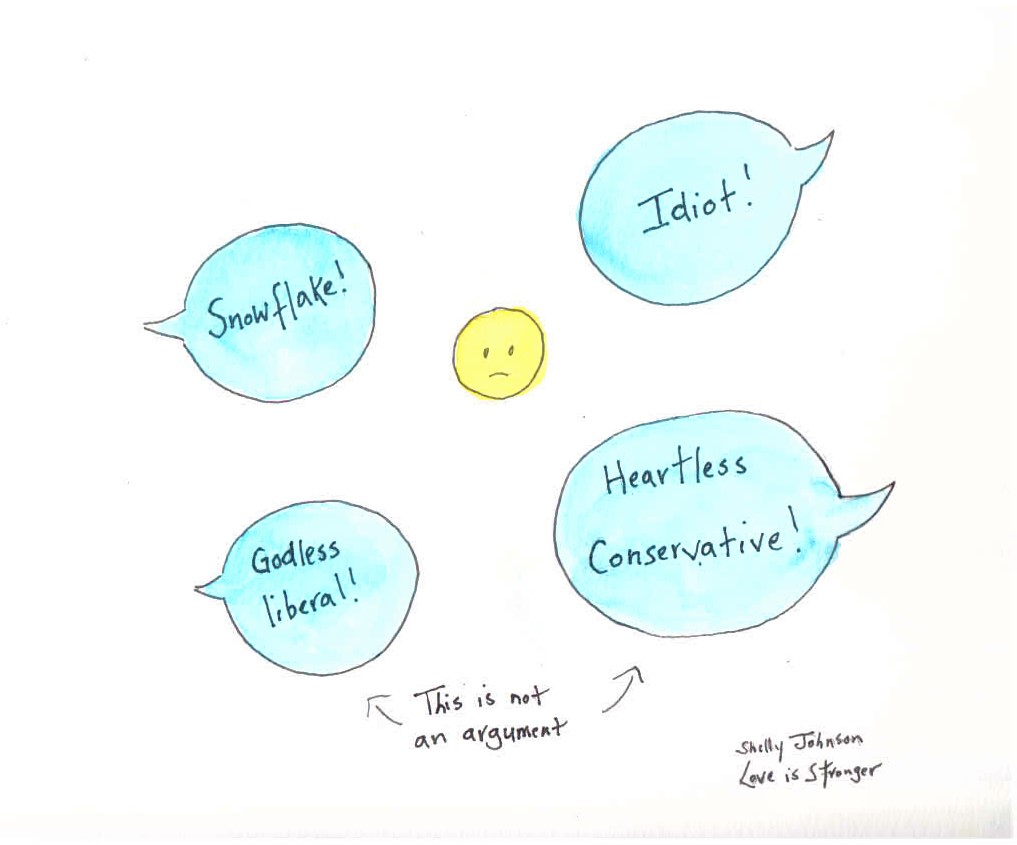 We should note that if we want to conduct a meaningful discussion, it is important to treat people with basic respect. That doesn’t mean we must like everything about  people to have a discussion with them. Rather, it requires that we recognize that every person is worthy of being treated with dignity. (You can read more about this here.) Name calling does not treat people with dignity. Therefore, it shuts down meaningful dialogue.

Another common form of ad hominem is dismissing someone’s argument because of who the person is—like a democrat, a republican, a scientist, an atheist, a Christian, a Buddhist, a hippy, or something else.

We should note that no one’s argument is ever wrong simply because of who the person is. An argument is only wrong if the evidence supporting an argument is weak, incorrect, or irrelevant. For example, if someone rushes into a room and shouts, “The building is on fire! Get out!”, the correct response is not, “Are you a Democrat or a Republican?” The correct response is to get out of the building or, at the very least, to figure out if it is indeed on fire or not. 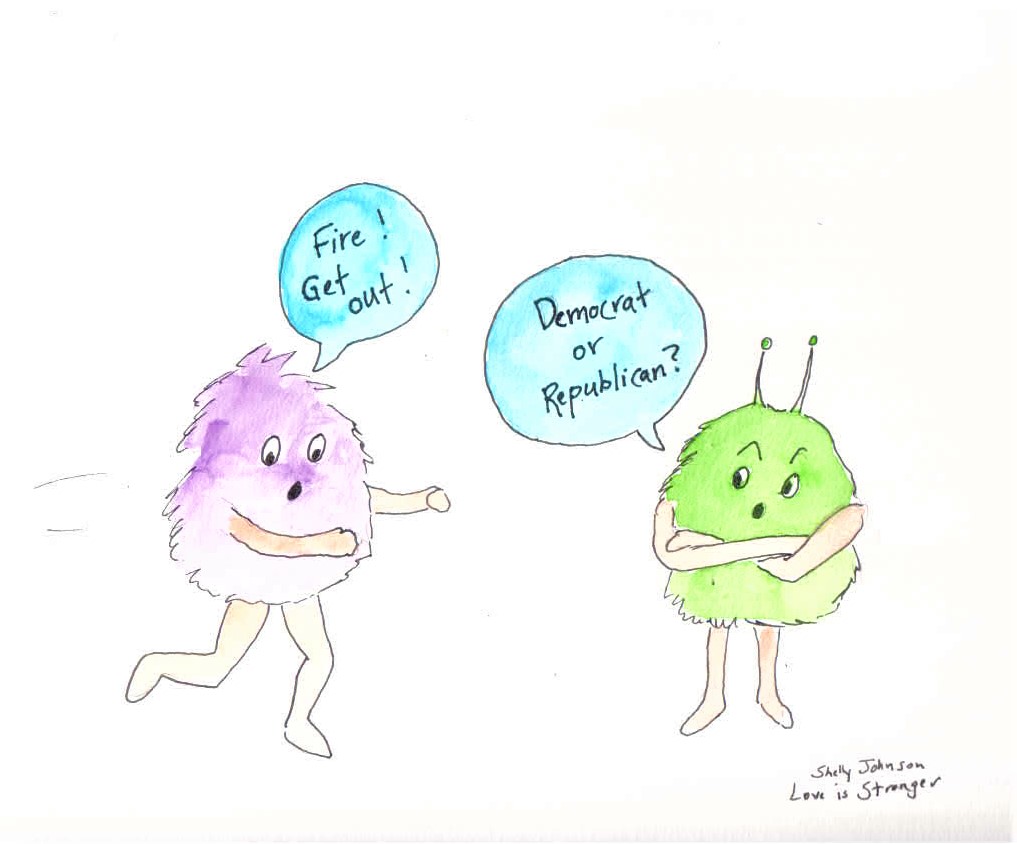 As another example, if someone points out the danger of a particular social or environmental problem, the proper response is to investigate the evidence the person cites to support his or her claim that there is a problem. Whether the person is a republican, democrat, Buddhist, atheist, Christian, Marxist, physicist, hippy or taxidermist is, more or less, irrelevant to the claim he or she is making. What is relevant is the strength of the evidence the person makes to support a claim.

But Should We Listen to Everyone?

A legitimate question at this point is, “Must we listen to everyone? Aren’t there some people we should dismiss simply because of who they are? What about serial killers? Or what about Nazis?”

This is a fair question. Human beings have a limited amount of time, energy, and brain space. Because of this, we have to prioritize the sources from which we get our information. Therefore, it is reasonable to listen to some people more than others. Generally speaking, we should prioritize the arguments of people who possess these characteristics: 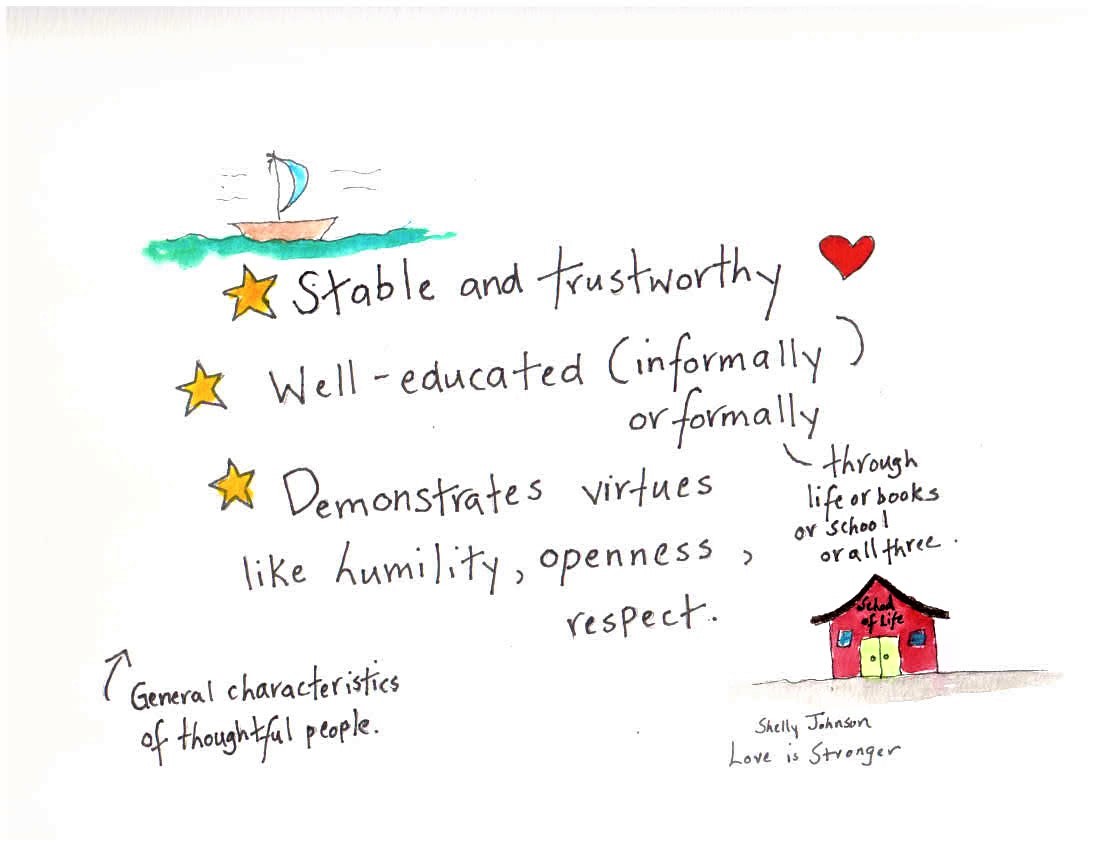 This means that, generally speaking, it is right to give less attention to (or to ignore) the arguments of people who demonstrate consistently poor character; who are not educated on the topic about which they are speaking; and who demonstrates vices like slopping thinking, careless research, constant disrespect for others, and an inability to listen to views other than their own.

In these cases, however, our ignoring a person who shows these vices does not mean the person’s argument is wrong because of who the person is. Rather, it means that we have limited time, energy, and brain space, and we need to honor our limits by listening to arguments from more trustworthy sources.

Sometimes we confuse “trustworthy source” with “person who thinks like I do”. If the people you listen to are all the same religion, race, economic, and political group as you, you are likely confusing a trustworthy source with people who think just like you do. 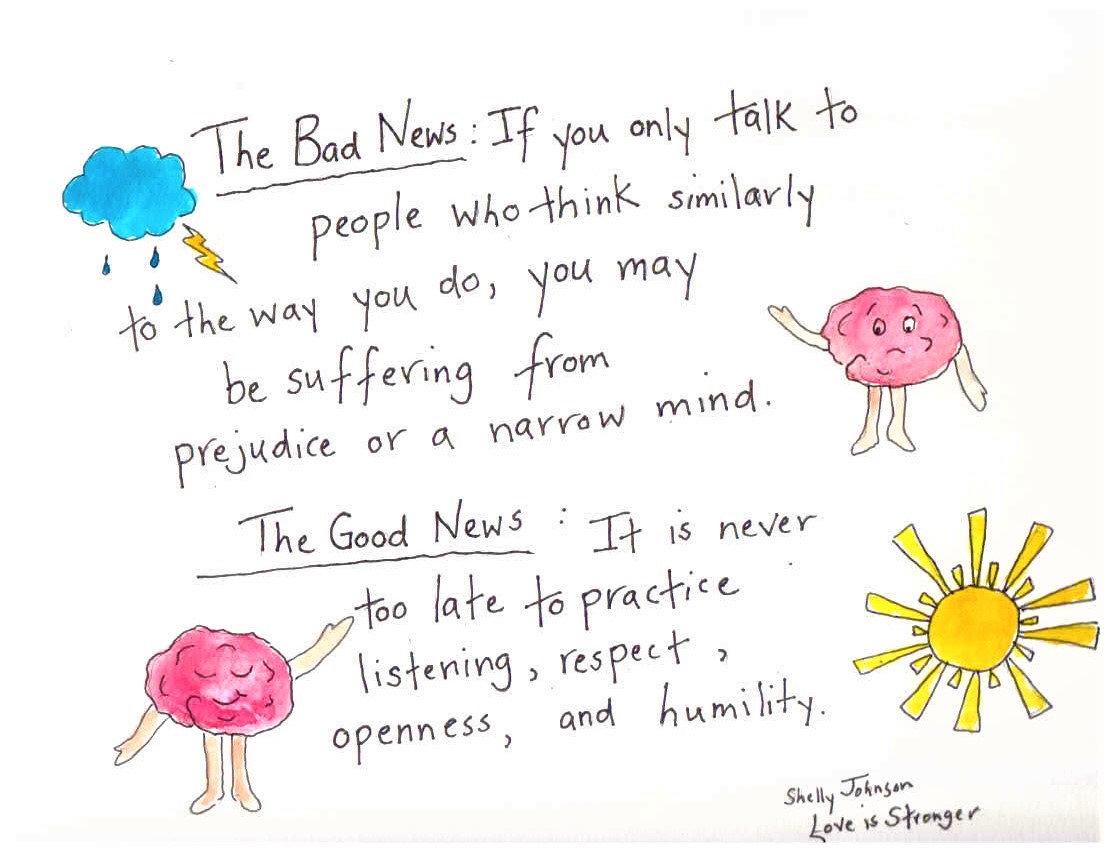 However, it is important to realize that no matter how good and intelligent of a person you are, you have some incorrect, limited and faulty views of the world. This isn’t because you’re a bad person. It is because you are a human being, and no human being understands everything about the world perfectly. This is why we need each other, and this is why we need to listen to the views of at least some other people who are different from us. (You can read more about this here.)

As you are going about your daily life and figuring out what you believe, keep the following general principles in mind:

Stay tuned for the next Argument Pitfall: Hasty Generalization…

On Mad Scientists, Identity, and the Ship of Theseus