Our existence is marked by freedom within unfreedom. Each of us must determine the meaning of our life. Yet we take up such a task without any clear roadmap, and we soon find that in choosing our path, many of the most important choices have already been made for us, often at cross-purposes to our own principles. We are free; we are unfree.  Joel Martin wrestles with these important issues in his newly released album Between Suns, a wistful and wry album that challenges its listeners to deeper levels of courage, honesty, and, in the end, compassion. 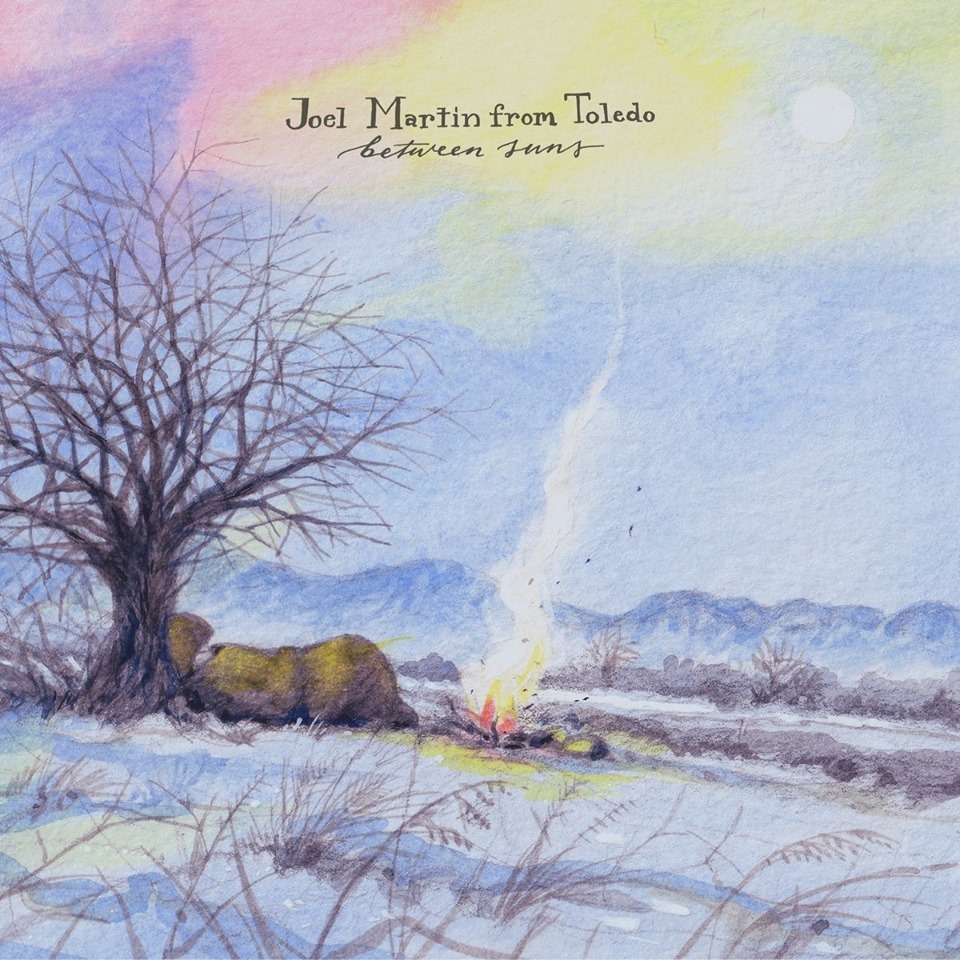 Between Suns is an indie rock album, featuring twelve songs and running a little over an hour. It is Joel Martin’s first album and an impressive debut. Martin’s lyrics vividly capture the ambiguity of the human condition. “Arrivals”, the first piece on the album, reflects the anxiety we experience in the defining moments of our life: “Don’t have any coordinates/don’t know where I am yet/And I still can’t tell where I’m not.” “Ellipsis” builds on the theme of arrival and notes wryly that often arrivals are more disconcerting than journeys: “But I’m more confused, with every upturned tile/and I never felt more lost, then when you told me I’d arrived.” 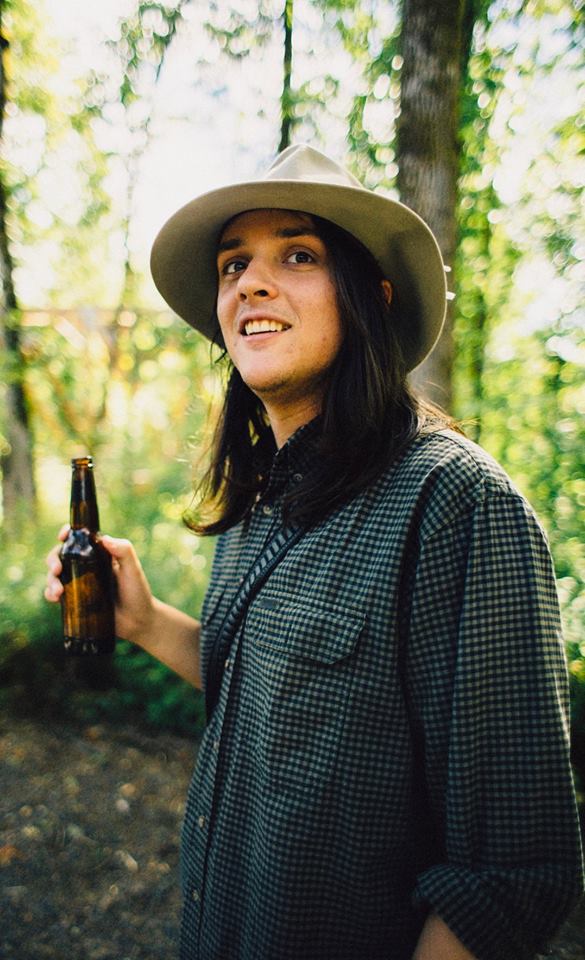 We struggle with the open-endedness of life, and we also struggle with its impermanence, which Martin reflects in songs like “Cascades”: “Arrived by train yesterday/whole life in a suitcase/you feel you just don’t belong/does anyone belong for long?/said see this snowfall’s slow dissolving/into nothing at all/as it dries up in my hand.”

Such conditions of our existence raise questions of purpose and meaning, questions which are intensified by the realization that we live our life within a larger society which often operates at cross-purposes to our own plans. 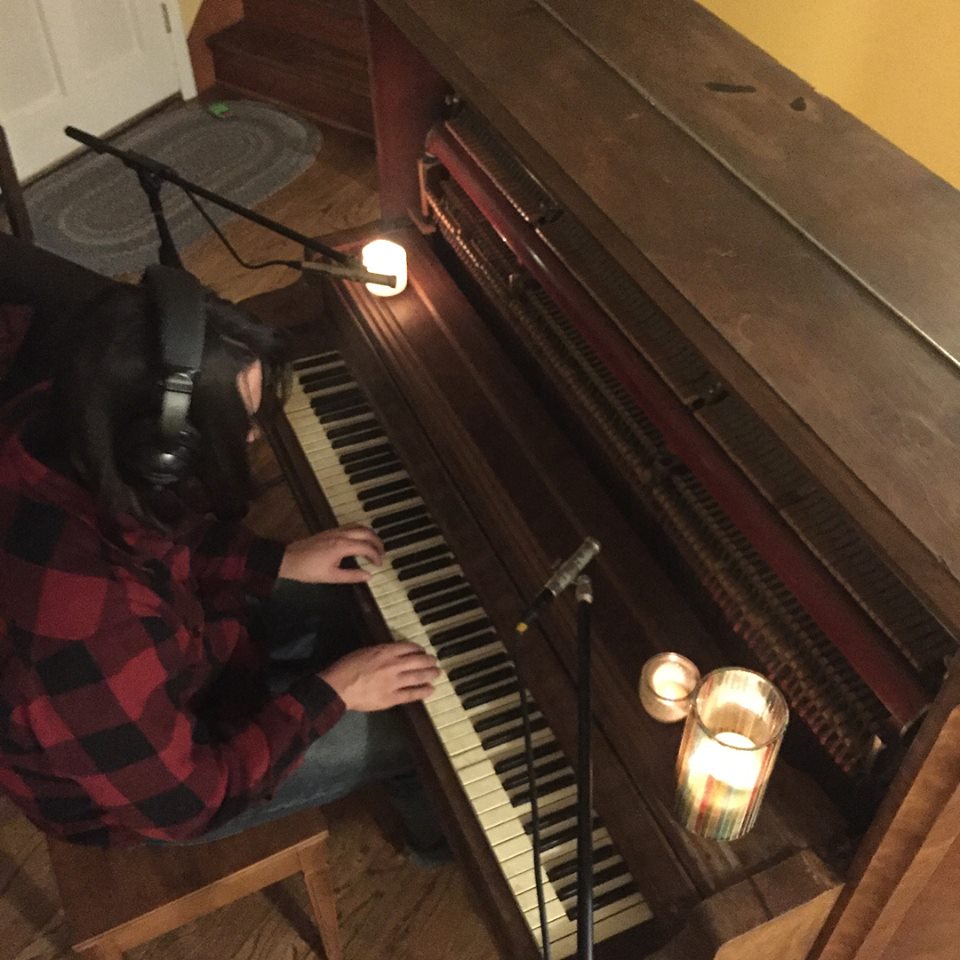 Martin is a perceptive writer and deftly weaves our individual anxiety together with the collective anxiety many of us feel over the course of our nation and planet. In “California Rain”, Martin tackles the environmental crisis and the greed that often motivates us to turn a blind eye to the problem. “And it’s a brilliant plan to convince ourselves/that we don’t wave a flag for anyone else/Eating from the hand, of what we buy and sell/Old Uncle Sam don’t share the wealth/We say “that how it is, let’s smile big while the ice all melts.” 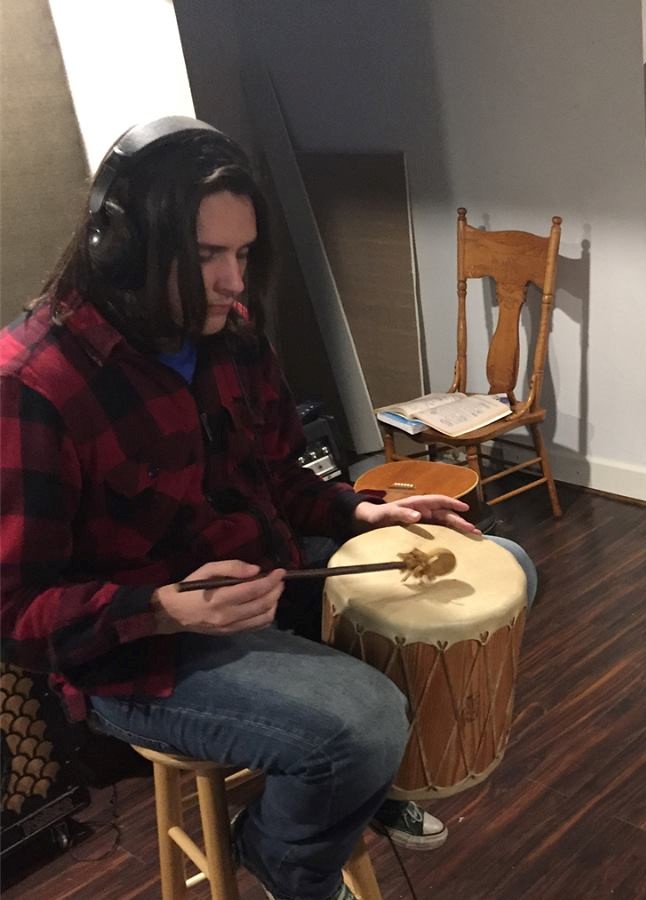 “Love Just Isn’t”, which is one of my favorite songs on the album, explores the problem of reducing people to numbers and the suffering that ensues from such actions. It touches on the issues of immigration: “the newsman says we can’t let them in/at the end of them day/it’s us or them”. And on the tragedy of war: “The orphan says, I’m tired of your wars/an eye for an eye, but you question what for”. In a reminder that people always take precedent over numbers, the song ends with the reflection, “words and numbers are fickle, and complex. but love just isn’t.”

“Octavia”, a brilliant, bombastic piece, aptly warns us of the combustible nature of our current political crisis: “We’ll watch the flames spill over played violins/We’ll watch the landfill of an empire descend”…“Octavia, don’t weep for your son/weep what’s been ushered in.” 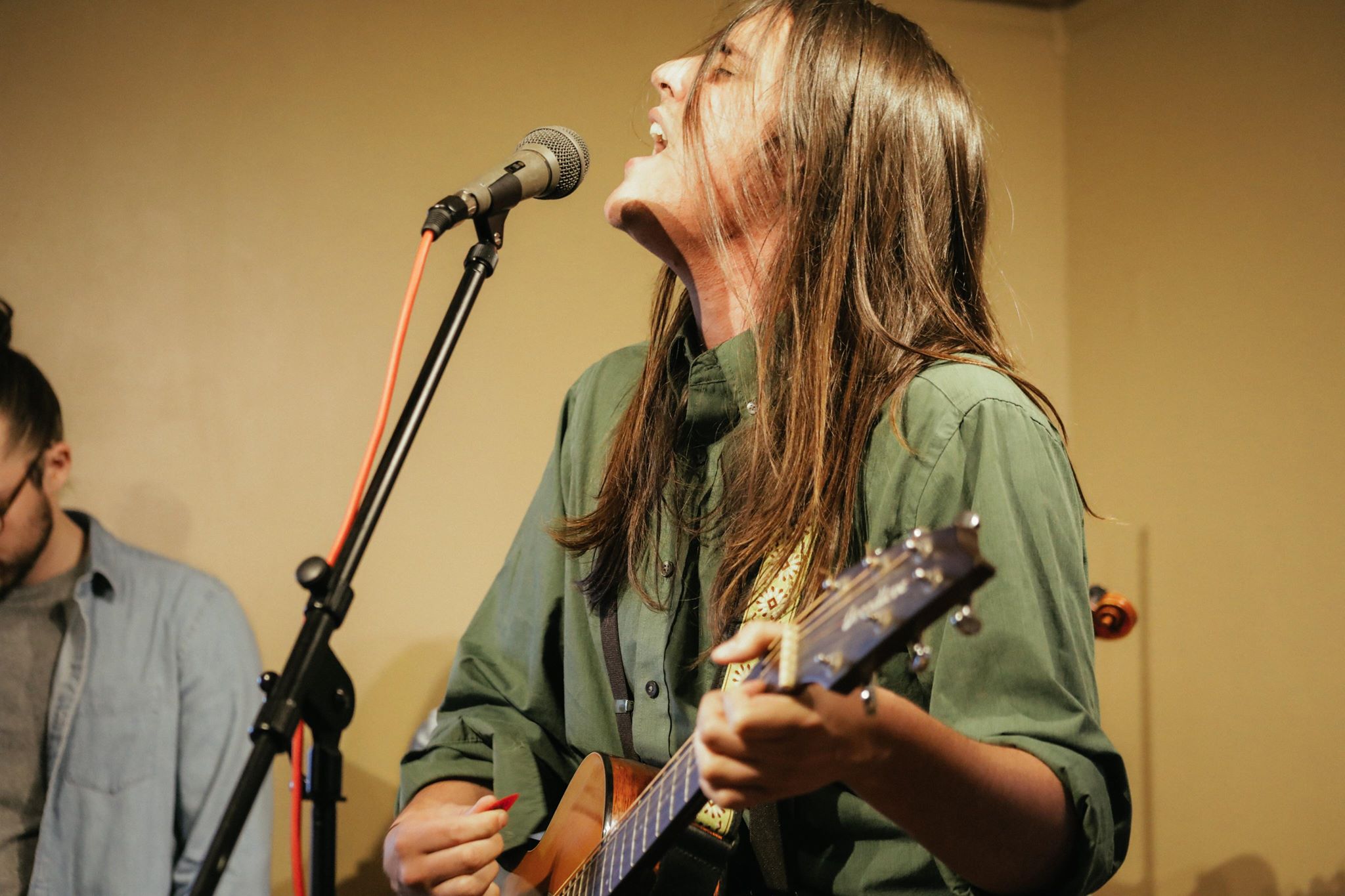 Martin aptly notes that we are “stable-bound angels”, longing to transcend our current situation and trapped by our own finiteness, as well as the greed and ignorance that surrounds us. Confusion, disappointment, and shock is often the appropriate response to such conditions, which Martin captures well in songs like “Pantomimes”: “Shattered core/Experiencer of horror/Theatre connoisseur”. In the midst of this pain, compassion is a survival skill: “It’s okay if you have doubts/There’s a lot to doubt about these days/Who of us are honestly okay?”[1]

Just as the lyrics on this album are compelling and complex, the music is equally so. Between Suns is an instrumental feast that features acoustic, electric and bass guitar; banjo; piano; mountain dulcimer, glockenspiel, banjolele, and some percussion. Many of the songs on the albums are gentle, wistful ballads, but there are also several songs in which the melodies swell into a robust orchestral performance that is both surprising and moving. (See “California Rain”.) 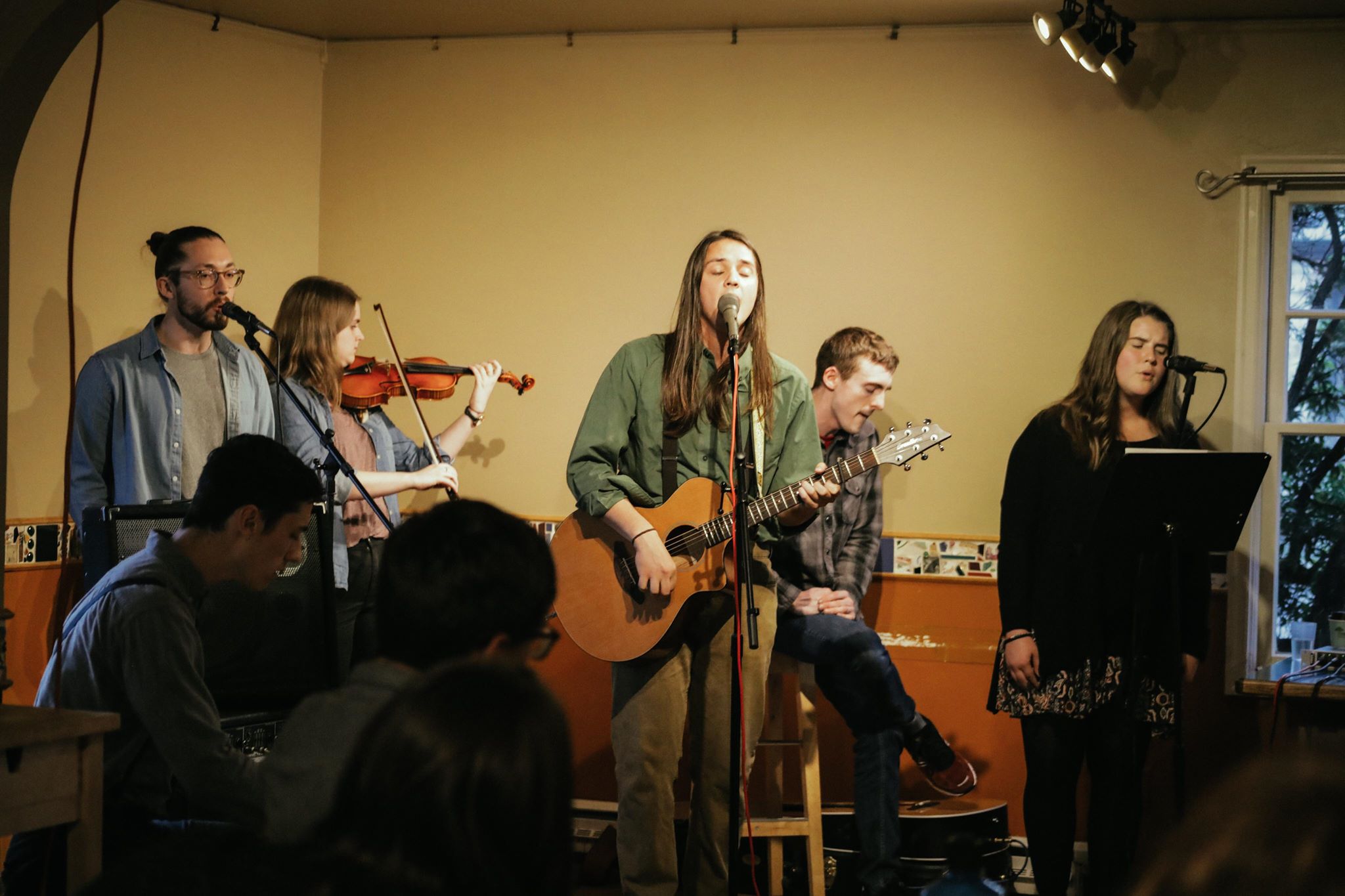 Throughout the album, Martin’s voice is soothing and confident, but it can also become strident and challenging (see “Octavia”), which beautifully underscores the urgency of his lyrics. Joel is the primary vocalist, but co-producer David Fuller also sings on almost every song, and Joel is also joined in some songs by his father and also his brother, veteran folk writer and singer Seth Martin[2] (of Seth Martin & the Menders). The vocals blend skillfully and energetically, and one comes away from this album with the feeling that everyone involved loves their work and believes in the project.

And they should. The album comes together beautifully and carries hints of the political yearnings and protest of 60’s musicians like Bob Dylan and Simon and Garfunkel. It also contains brooding melancholic ballads reminiscent of contemporary bands like Nick Cave and the Bad Seeds and Smashing Pumpkins. 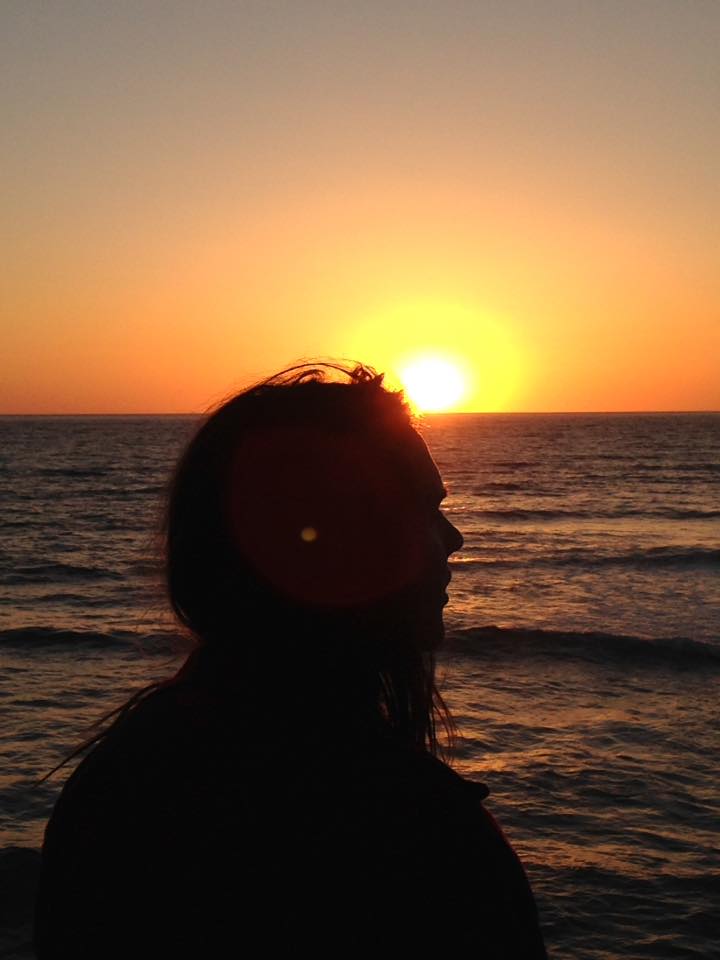 Between Suns is a poignant album that reminds us to reflect on where we’re going, the choices we make in our personal and political lives, and the compassion we show one another in the process. In holding the tension between freedom and unfreedom, perhaps the most important thing is what we discard, what we keep, and the way we care for others in the process: “I threw everything away/you’re the only thing I kept.”[3]

Between Suns is available on Bandmap, Spotify, and Apple Music. Go check it out and purchase it.

[2] Especially recommended is Seth Martin’s album, I Stood Upon a High Place.