If you have been following my blog for the last month, you probably know I was doing watercolors of a new take on an old holiday song. I posted all my posts in this series on Facebook, too. I was especially happy because my mom really enjoyed the project.

The only thing I could figure out was that perhaps they thought I was somehow making fun of, or being disrespectful of, Christmas.

Of course, I would never do such a thing because I am super jazzed about Christmas.

Also, my parents who love Christmas more than just about anyone I know loved Sl*gM*s, and we had a lot of fun chats about it over the holiday.  They watched me draw and paint the last few sets of pictures over Christmas break at their house and really enjoyed it.

I was pretty frustrated about Facebook’s decision at first, but I also find a lot of humor in the fact that of all the possibly offensive things they could have taken on at Christmas time, a bunch of festive slugs was one of the major “Facebook threats” they felt they had to resolve.

Mom and Dad thought it was funny, too, so in the end, the project still gave us a good laugh–both in its initial execution and also in the fact that it was deemed a Facebook threat of some sort.

But I am going to post some of my favorite paintings from the series below.

Thanks for enjoying it with me. Hopefully I won’t get in trouble for the pictures in this post. 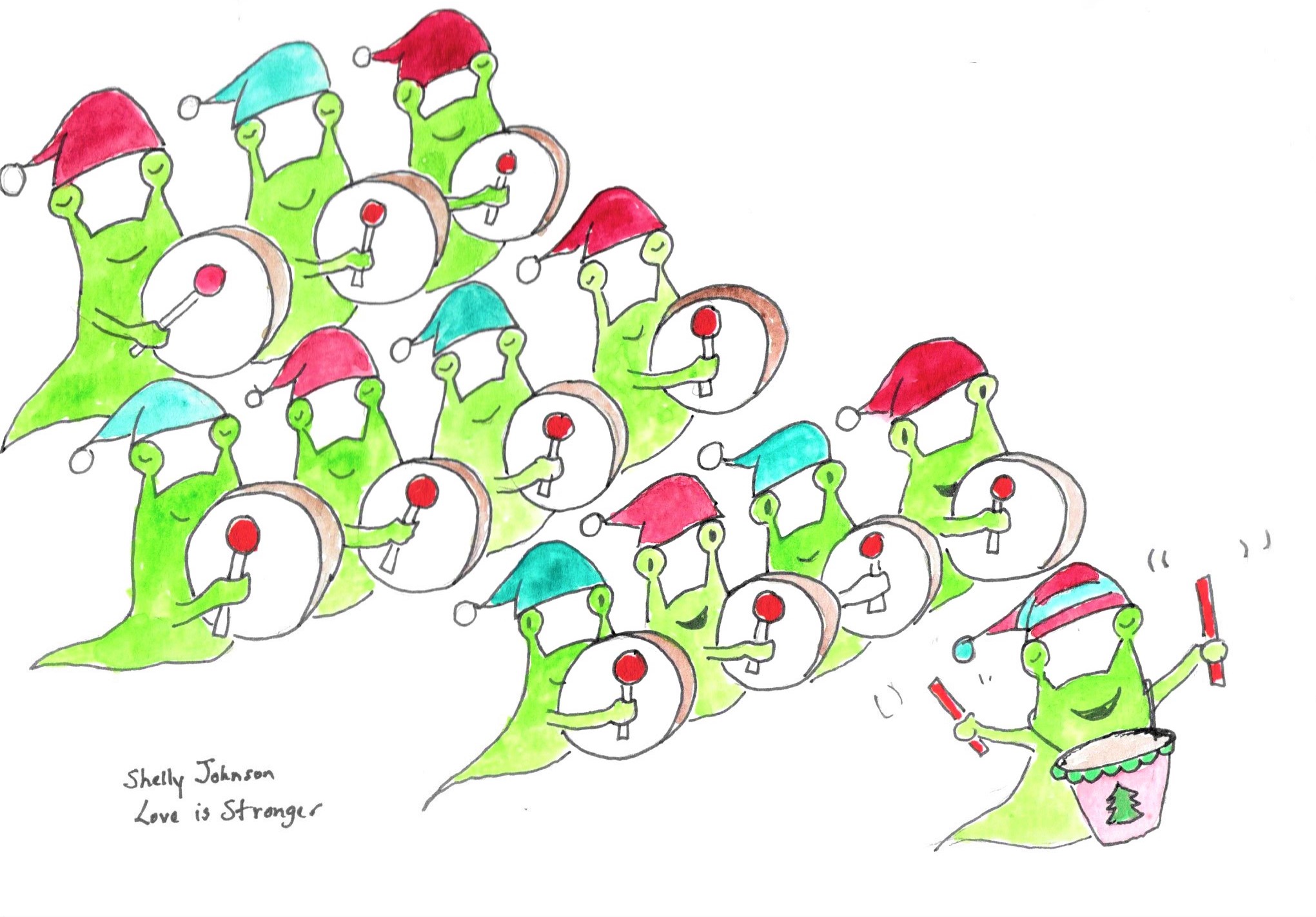 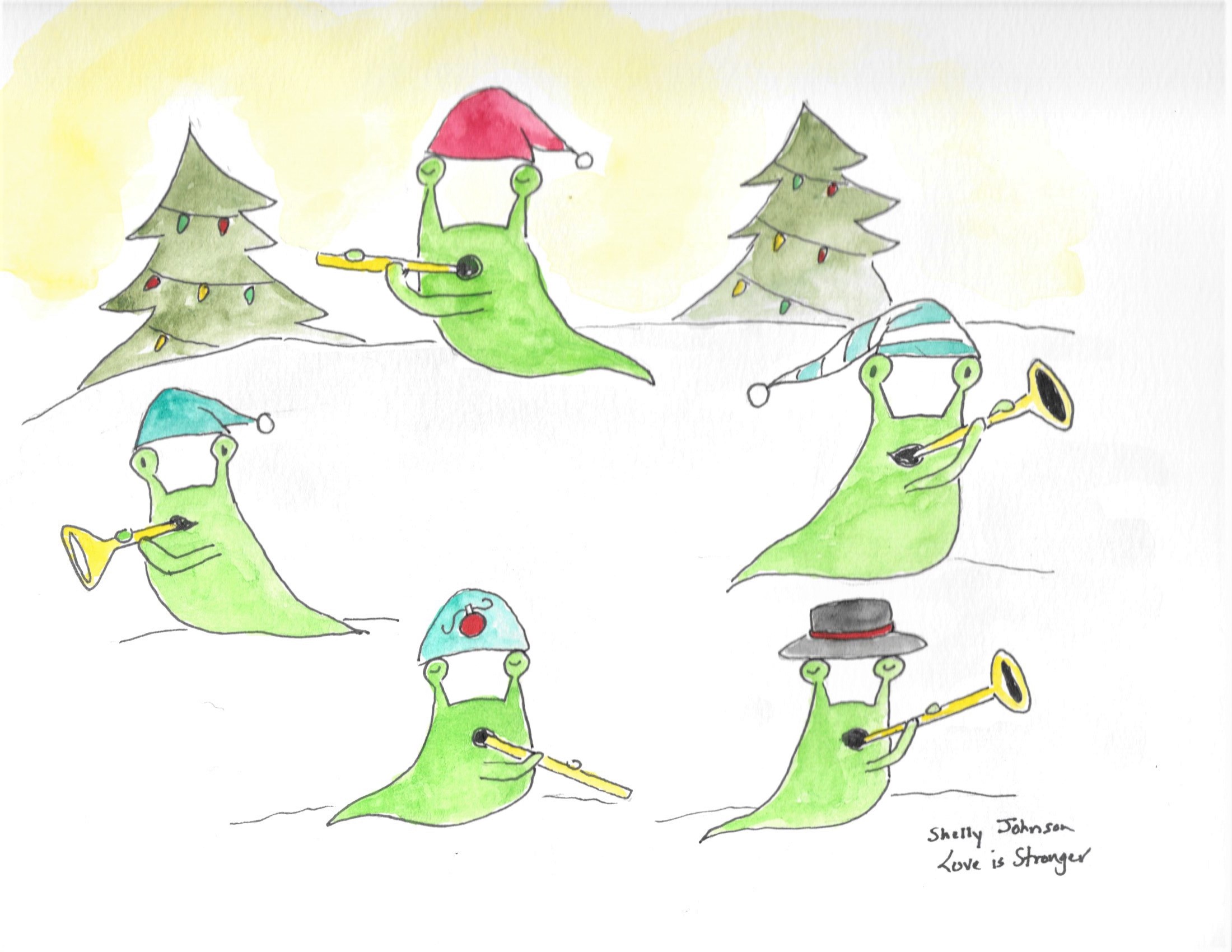 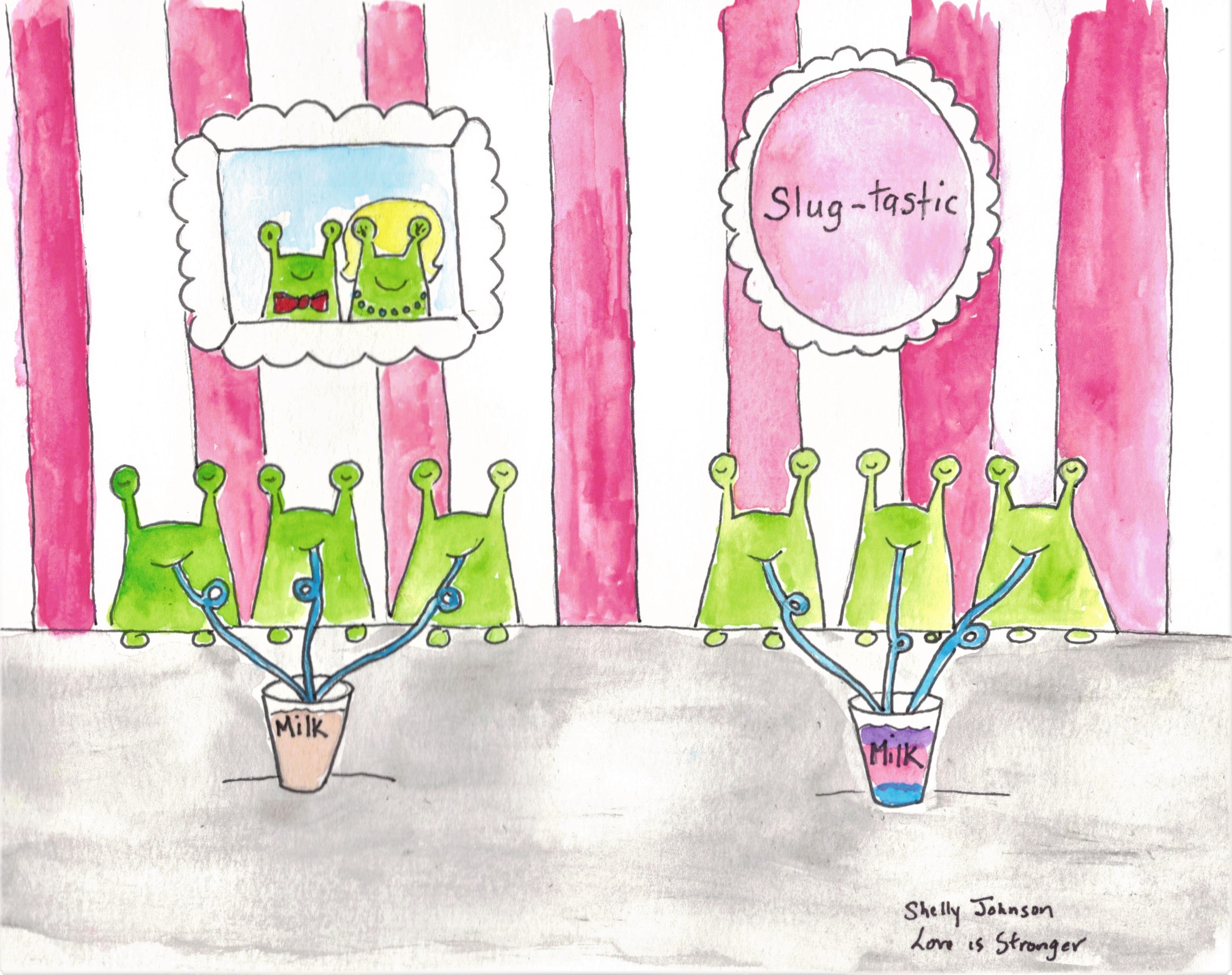 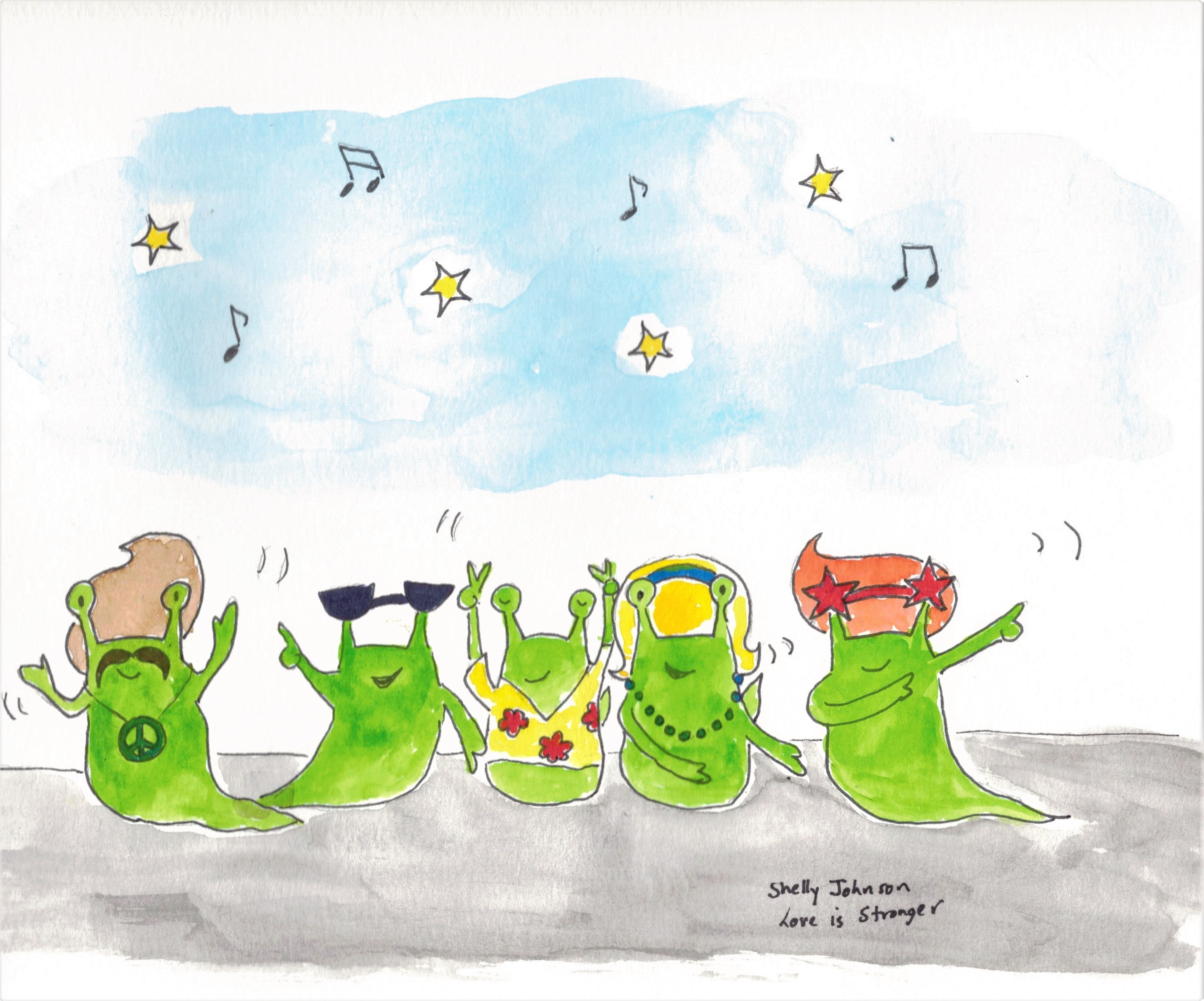 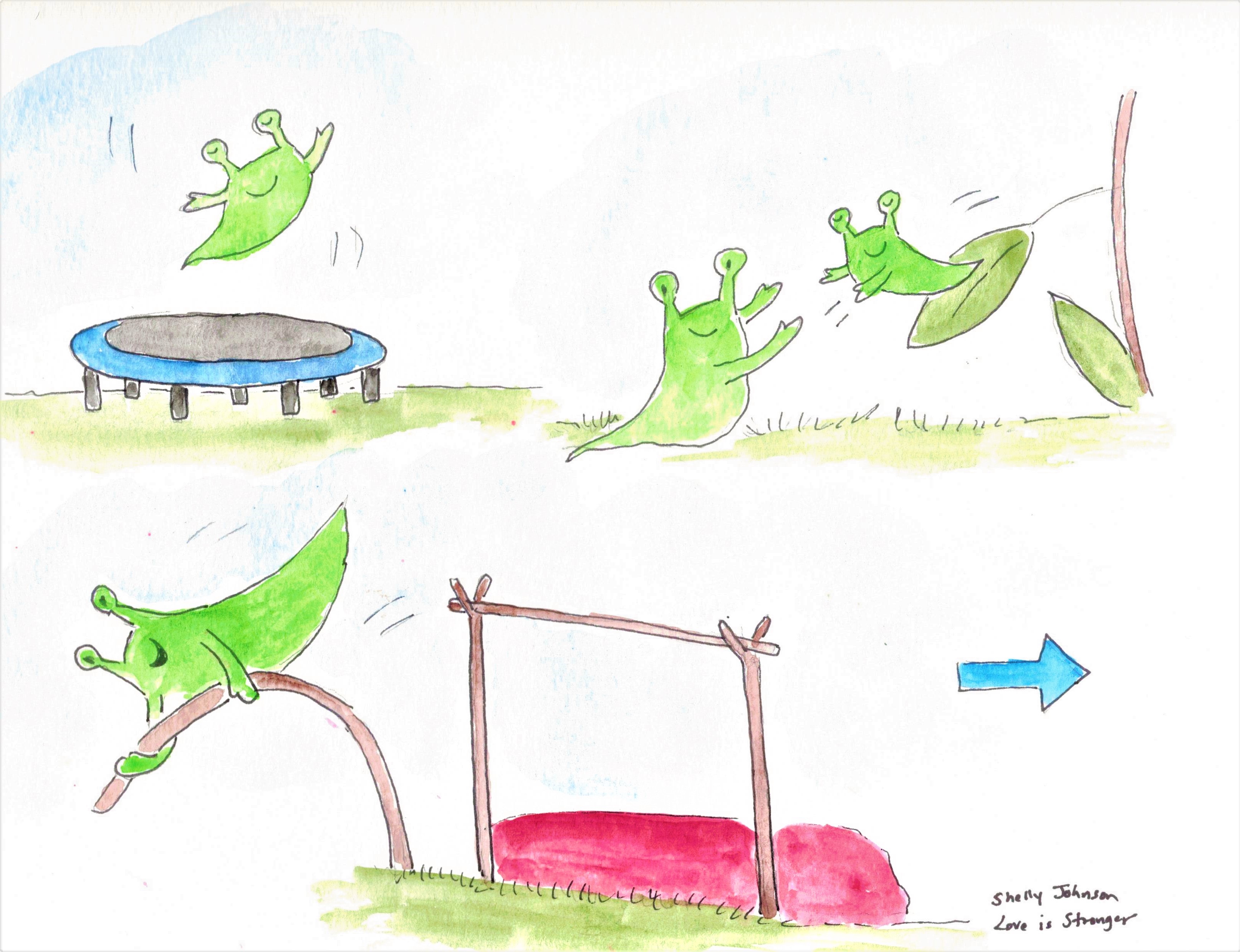 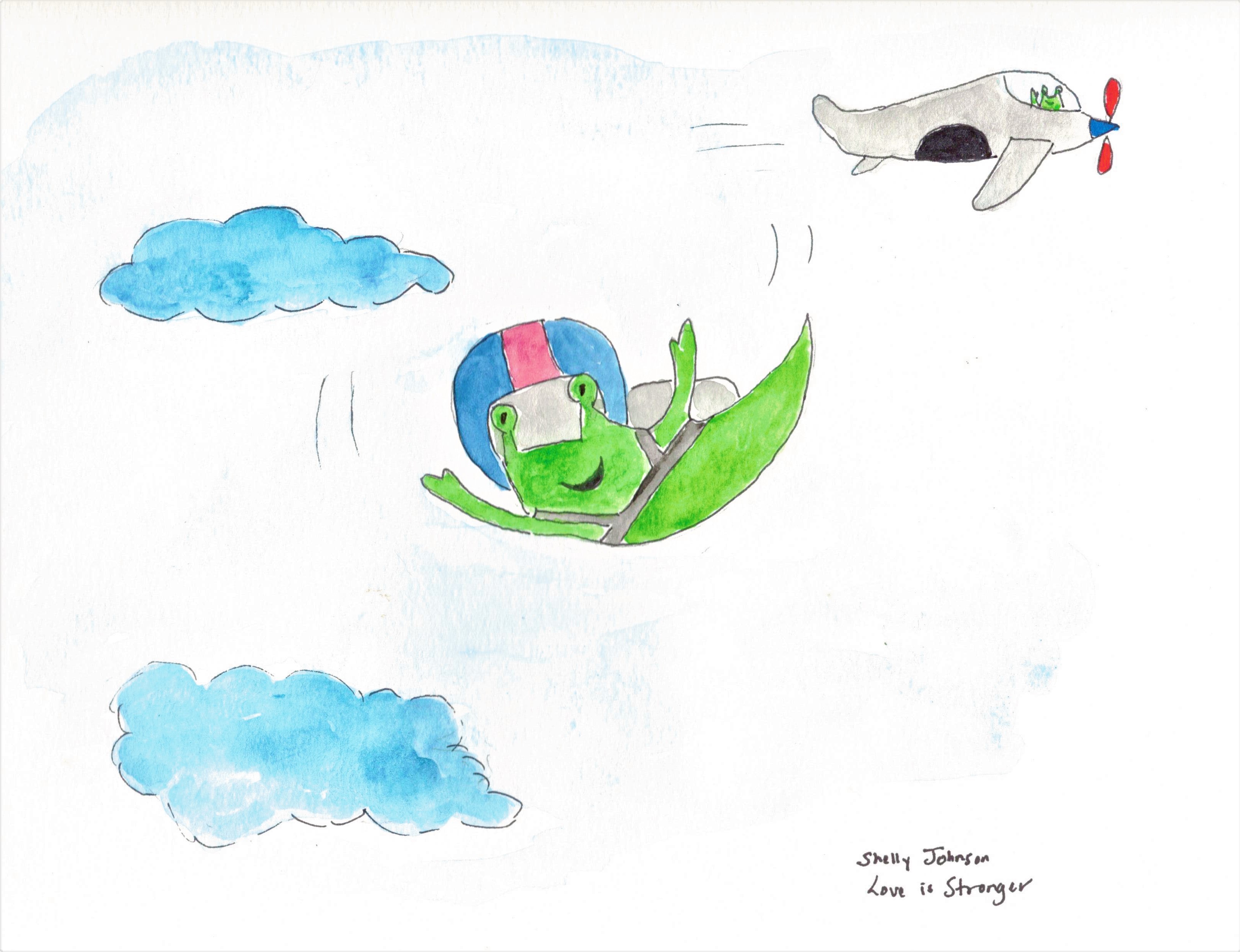