I hope that as I share these posts and guides, people might feel empowered to read and understand the concepts in Pedagogy of the Oppressed, a book which is extremely powerful but sometimes difficult to understand.

You can read the first post in that series, which is on chapter one of Pedagogy of the Oppressed, here.

You can also find he full text of Pedagogy of the Oppressed here. 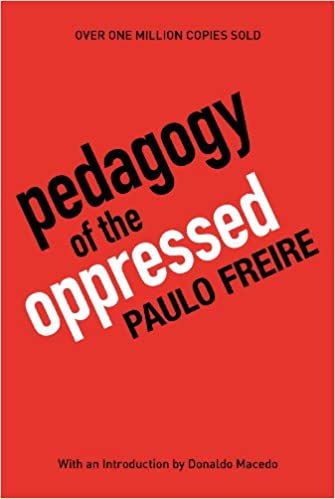 In this post, I want to review a few important concepts in chapter one. Then I am going to introduce chapter two. Lastly, I will give you a reading guide and reflection questions for chapter #2.

In chapter one, Freire focused primarily on our vocation, humanization. He also talks about dehumanization.

When Freire says that our vocation is humanization, he means that our purpose as human beings is to fully develop our human capacities and to create a world that allows us to do just this.

One way to understand what Freire means here is to think about this question: What is the difference between being a human being and becoming fully human?

Why don’t you take a minute to think about this question and, perhaps, to write about it.
.
.
.
.
.
Some thoughts for your consideration:

The Difference Between Being a Human Being and Becoming Fully Human

Being a human being means that we are biologically a human being–we look and function like a human and have human DNA.

Becoming fully human means that we develop all our positive human capacities fully. For example, here are just a few of the distinctly human capacities we have (by distinctly human, I mean that we have these capacities in distinction from animals, or we have them to a greater degree than animals): love, kindness, communication, creativity, critical thought, wisdom, creativity, compassion, courage, playfulness, aesthetic capacities, political capacities, logic, friendliness, reconciliation, care taking (like of the earth and our communities), hospitality.

Freire argues that the most human thing about us is that we can step back from the world; reflect on the problems we see in it; and then act on these reflections to make the world a better, more humane place, more supportive of the capacities mentioned above.

Imagine what it would be like if all of us together set the intention every day to develop the capacities I mentioned above (and capacities like them) to their fullest and to create the kind of world (through our actions) that supported and encouraged these capacities in everyone.

That would be an incredible world.

That would be a fully humanized world.

That would be the kind of world in which everyone had the ability to flourish and to create space for everyone and everything else to flourish.

And that kind of world is possible.

Why We Fail to Pursue This World

Too often, however, Freire suggests that we fail to pursue, or even to consider, humanization, and, instead, we settle for existence at mere biological level. We just focus on eating, sleeping, procreating, and surviving, and we pay little attention to the development of our human capacities.

Or even worse, we don’t just neglect our human capacities, we actively discourage or crush them in ourselves and others. Freire refers to such capacity-destroying actions collectively as dehumanization.

We dehumanize others in a variety of ways. We may try to dominate them, control them, and impose our view of the world on them. When we act like this, we fail to see other people as human beings whose vocation (calling) it is to reflect on the world, identify problems, and act on these reflection to create a more humanized world.

Instead, we treat people like it is their job to serve us (we create a master-slave relationship); to accept our views of the world as their own (instead of allowing them to develop their own views); and to accept the world as it currently is, whether this world destroys their ability to flourish or not.

When we act this way, we dehumanize both ourselves and others. Human beings are not meant to live in a master-slave relationship. When we act like this, we treat other people like objects (like rocks) we can manipulate or like containers into which we can pour our views instead of as human beings with curiosity, intellect, hope, dreams, and their own unique view of the world. We forget that other people are meant to be our partners, with whom we create a more humane world.

Unfortunately, it is very easy for people to fall into patterns of dehumanization. There are many reasons for this, but here are a few of the reasons:

Two: Because we have a tendency to think our view of the world is the right one, we spend a lot of our life trying to get other people on board with our program (which we believe is THE program), rather than realizing that no one has a completely right view of the world, and that we must pursue a complete understanding of it together.

Three: It is scary to talk to, work with, and negotiate with people who are different from us. Human beings have a tendency to fear, rather than embrace, difference. Therefore, when we meet people who think and live very differently from us, our tendency is to flee, ignore, or to try to control them and make them be more like us, rather than allowing ourselves to be vulnerable and to learn from them. In worse case scenarios, we try to dominate and destroy difference so that we feel less threatened.

Four: We tend to form our beliefs according to what works for us and gives us a sense of control, efficacy, or pleasure. Listening to other views that demand that we think or live differently can cause us a temporary, or even long-term, loss of control, efficacy, and pleasure. Therefore, we tend to resist considering other views. And sometimes we actively try to destroy the people who hold them.

Both People and Institutions Can Dehumanize

People can dehumanize each other in personal relationships, but institutions like schools, governments, churches, the military, and the police force can also engage in dehumanizing practices.

I am doing the moral thing. (But they don’t consider that they may have deeply misunderstood morality.)

I am doing the Christian thing. (But they don’t consider that they may have deeply misunderstood Christianity.)

I am upholding law and order. (But they don’t consider that there are humanizing ways to maintain law and order or that the current laws may be unjust and may need to be changed.)

I am just stating the facts or telling it like it is. (But they don’t consider the other facts they have left out or consider that their view of the facts may be distorted by their preconceived ideas about the world.)

About Chapter 2 and Education and Dehumanization

This brings me to education, which is Freire’s focus in chapter 2 of Pedagogy of the Oppressed.

As you read the first chapter and the study guide material in both the last post and in this one, you may have asked yourself some questions like this: “How do people and institutions fall into dehumanizing patterns? How can I figure out if I am acting a dehumanizing way without realizing it?”

In chapter 2, Freire describes a kind of education–he calls it banking education–which tends to encourage dehumanization, and it also indoctrinates people to accept dehumanizing relationships.

He also describes another kind of education–liberatory education (he also calls it dialogic and biophilic education) which can help students detect and escape banking education. (You can read a little more about liberatory education, and my attempts to implement it in my own classroom, here.) 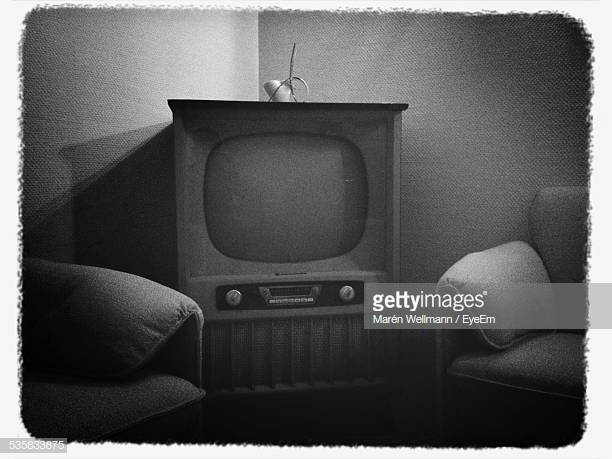 1. What are some examples of banking or necrophilic education you have observed in your life? They might have occurred in actual schools, or they may occurred in other social institutions.

2. What are some examples of dialogic, biophilic, or liberatory education you have observed in your life–either in school or in other social institutions?

3. What are some ways that you may have accidentally engaged in banking education in your various relationships or institutions of which you are a part of ?

4. What is one practical step you can take to practice more dialogic education in these relationships or institutions?

If you found this post helpful, please consider sharing it on social media.

4 thoughts on “Chapter Two: Pedagogy of the Oppressed, a Study Guide”