At the small liberal arts college where I teach, I teach an introductory course called Foundations. It is a class that teaches freshmen the basics of reading, writing, and critical thinking, but it is also a lot more than that.

The class focuses on the theme of Being Human, and we explore this theme by reading some of the great Western and Eastern classics in philosophy, theology, literature, and social science—authors like Plato, Mencius, Hsun Tzu, Augustine, Machiavelli, Christine de Pizan, Mary Shelley, MLK, the Dalai Lama. These are some of the authors we read in my class. 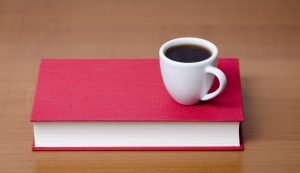 We explore the theme of being human from multiple perspectives. One of the questions we examine in depth is whether people are good or evil by nature. This week my students are writing an essay in which they martial evidence from our readings to support one of these claims:

They are doing a great job, and I have really enjoyed reading their arguments for their position. I have been thinking for the last couple of days that I wanted to write a post about this topic, and so I shall. I would like to explain my take.

First, let me tell you a bit about an interesting argument pertaining to this topic made by the philosopher St. Augustine. St. Augustine was a philosopher and theologian who lived from 354-439 AD in various places in the Roman empire, primarily in Northern Africa. He is one of the most influential church fathers, and his writings and philosophy have had a significant influence on Christianity in the West. (And by the way, whether you are religious or not, this post is still for you. It is, however, primarily written from a religious perspective, so if you would like read a non-religious take on the same ideas, you might like this post.)

Augustine was a wild child in his youth and young adulthood, the exploits of which he chronicles in his autobiography Confessions. One of the famous lines from that book is, “Lord, make me chaste—but not yet.” Because of the Confessions and some of his other writings, Augustine has often credited with the development of the idea of the idea of original sin that is prevalent in much of Western Christian theology. 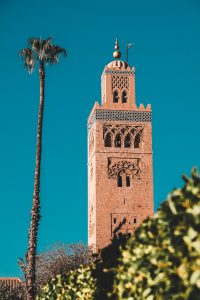 But some people who place a lot of emphasis on original sin use it to suggest that human nature is naturally corrupt and evil and to be viewed with constant suspicion. Such folks also often suggest that God is in a constant state of anger towards us. Through my time in various religious circles, I have heard a lot about this doctrine and about Augustine’s connection with it.

That is why I was surprised during graduate school when I read a lesser well-known book of Augustine titled the Enchiridion on Faith, Hope, and Love.[1] (You can read this book in its entirety here.)

In this book, one of Augustine’s main goals is to explain how a perfect God could create a world in which sin existed.

Augustine explains it this way. We often think that evil is a thing-in-itself. And in fact, Augustine himself, when he was a follower of philosophy called Manicheanism, believed this very thing. Manicheans posit that there are two equally powerful forces—light and dark—that are eternally duking it out.

In the Enchiridion, however (which Augustine wrote after he converted to Christianity), Augustine argues that evil is not a thing in itself; rather, evil, is only a privation (or lack of) the good.[2]

Augustine further argues that God created everything good—including you, me, plants, and animals. But while all of creation is originally good, it is not perfectly good like God. And, of course, God could not make humans or plants or animals perfectly good because that would mean they were no longer creations but that they were God.

Of the goodness of creation, Augustine writes, “All of nature, therefore, is good, since the Creator of all nature is supremely good. But nature is not supremely and immutably good as is the Creator of it. Thus, the good in created things can be diminished and augmented.” [3]

In reference to human beings, their good can be “diminished and augmented” because human beings can make mistakes, suffer errors in judgment, and sometimes do stupid things just because they don’t know any better.

And some of these mistakes, errors in judgment, and stupid things amount to things like forgetting to bring the lunch you packed to work. Sometimes, however, they amount to acts like thinking you must manipulate people to get ahead or that you should hurt people before they hurt you.

And sometimes such errors amount to catastrophic decisions like thinking that people from different races or ethnicities are our enemies and deserve to be exterminated, or that we have the right to enslave other people.

Whether large or small, all of these errors are evil in the sense that they are a privation of the good, although Augustine argues, as probably you and I would, too, that some privations of evil are much more serious (with graver consequences) than other privations of evil.

When I read the Enchiridion in graduate school, it profoundly affected me.

I have been practicing Christian since I was about eight, and I was lucky that most of the primary messages I received about God were that God loved me and that I had the light of God inside me that connected me to God and everyone else.

These loving messages made the world seem magical and friendly to me. God was near, and always willing to talk, and I could trust myself because I had God’s light in me. I could also love the people in the world with a big, open heart because we were made of the same stuff.

But as I got older, it seemed like I was surrounded more and more with messages of original sin and total depravity. These messages told me that I had no light inside me; that I was filled only with darkness and that everyone else was, too; and that God was continually angry with us, except for sometimes when he decided to be gracious–probably against his better judgment.

That’s how these messages felt to me.

Messages like this cut me off from God, myself, and other people. It also caused me to increasingly view myself and everyone else with suspicion. This led me to a lonely and dark place for a while.

So, you can imagine that when I read Augustine’s words on our original goodness, a long-dormant light flickered inside of me. And the more I read, the more powerful that light became.

The Significance of Love

Augustine argues that if someone wants to move from evil towards good, love is key. He writes, “And now regarding love, which the apostle says is greater than the other two–that is, faith and hope–for the more richly it dwells in a man, the better the man in whom it dwells. For when we ask whether someone is a good man, we are not asking what he believes, or hopes, but what he loves. Now, beyond all doubt, he who loves aright believes and hopes rightly.”[5]

This quote means a lot of things, but simply put it means, “Whenever you love, you are headed in the right direction.”

And it makes sense that Augustine would say, “Love and do what you will”. Christian scriptures teach that God is love and that the greatest command is that we love God and our neighbor as our self.

About the same time I read Augustine’s Enchiridion in graduate school, I also read a book called Return to Love by Marianne Williamson. In this book, she writes, “We are all meant to shine, as children do. We were born to make manifest the glory of God that is within us. It’s not just in some of us; it’s in everyone. And as we let our own light shine, we unconsciously give other people permission to do the same. As we are liberated from our own fear, our presence automatically liberates others.” 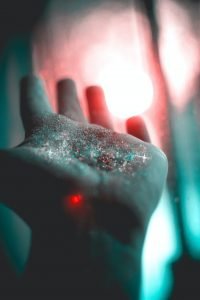 When I read this quote, in conjunction with Augustine’s Enchiridion, I was immediately transported back to my eight-year-old-self when I understood that that God was love and that I and everyone else was filled with light of God—which I also think of as love and magic.[6]

And that was one of the best moments of my life.

It wasn’t really a conversion experience because I had been a Christian for many years. Rather, it was the moment when the world became re-enchanted. One day during this time, I got onto the bus to go to classes downtown, and a guy sitting near the entrance said, “You look blissed out.” And he was right. I was.

It was because I understood with greater clarity that you and I are originally good—or what I like to think of as originally love.

Love is what is most real and primary. We are connected to it and to each other. It’s hard not to get blissed out about an idea like that.

And you and I and other people do bad and evil things sometimes (or often), but the only reason we can do badly is because there is an original goodness in us. Our evil is a privation of that good.

But recognizing original goodness—or original love–gives me hope. I have hope that no matter how bad things get, love will help us find our way home because love is the foundation of reality and who we most are. So even when evil seems to triumph in the world, love is always deeper and stronger and working its way up into the world again. Love is the ground of being.

And I don’t know exactly how it’s going to happen, and I don’t think I have to. Love is in me, and in you, but it is bigger than both of us, too. Love is original; love is primary; and love ultimately wins.

[1] Enchirdion is the Greek word for handbook or manual.

4 thoughts on “Are Humans Good or Evil by Nature?”