What if I told you that all human beings, including you and me, have a tendency to be prejudiced towards certain people or ideas?

How would you feel about that claim?

If you are like a lot of people, including me, this claim makes you feel very uncomfortable. If you are like me, you try to be a good person and think carefully about things. You probably try very hard to be moral and make sure you are following good advice. I know I try to do these things.

And you certainly have a point.

The less people care about morals and good logic, the more likely they are to be prejudiced. A prejudice is a bias against something (an idea, a person, an animal, etc.) that is based on insufficient reason or experience.

Of course, a person who doesn’t care about acting morally or thoughtfully is much more likely to develop a bias against something.

And sometimes prejudices are relatively harmless. For example, if we are prejudiced against slugs… 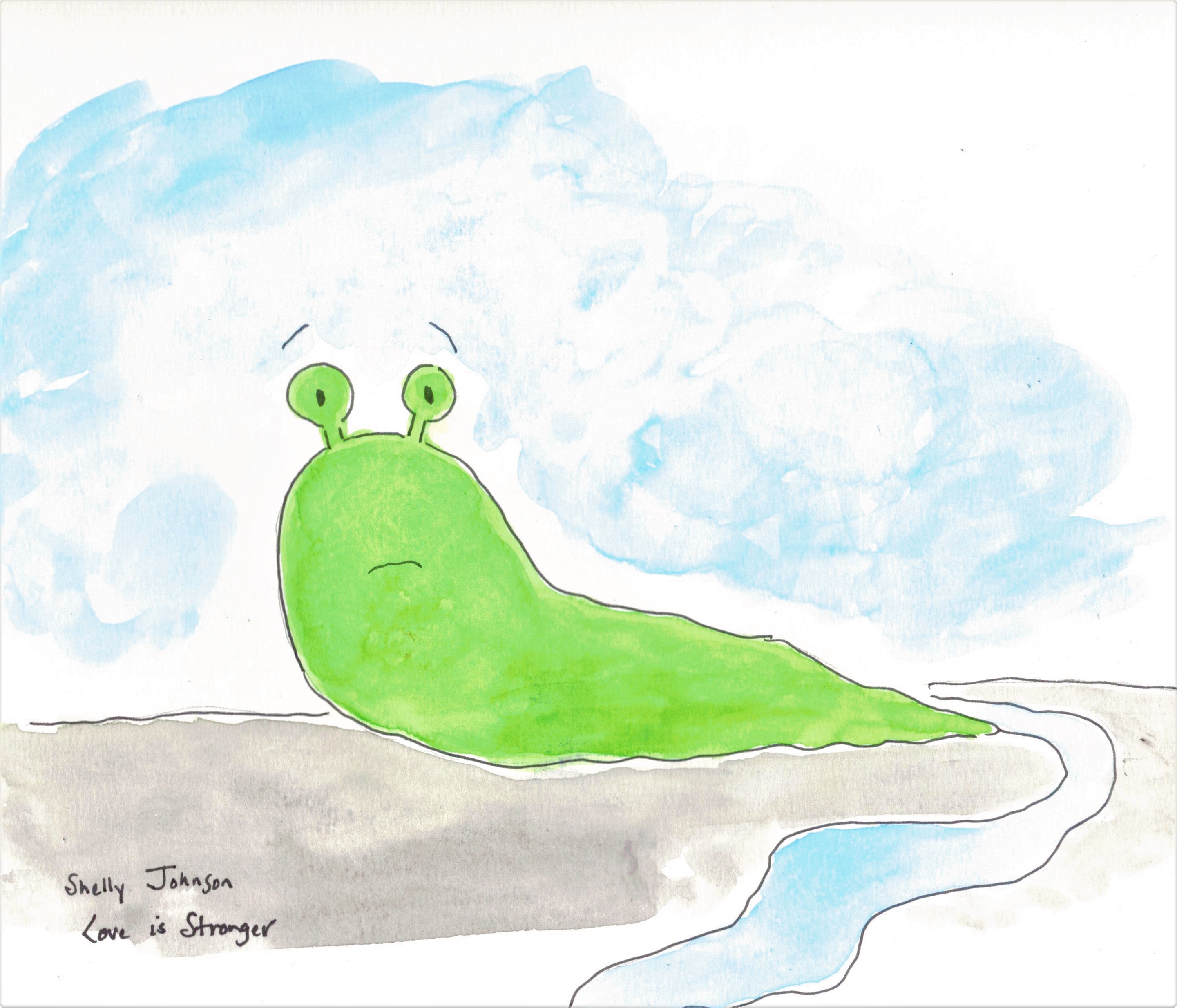 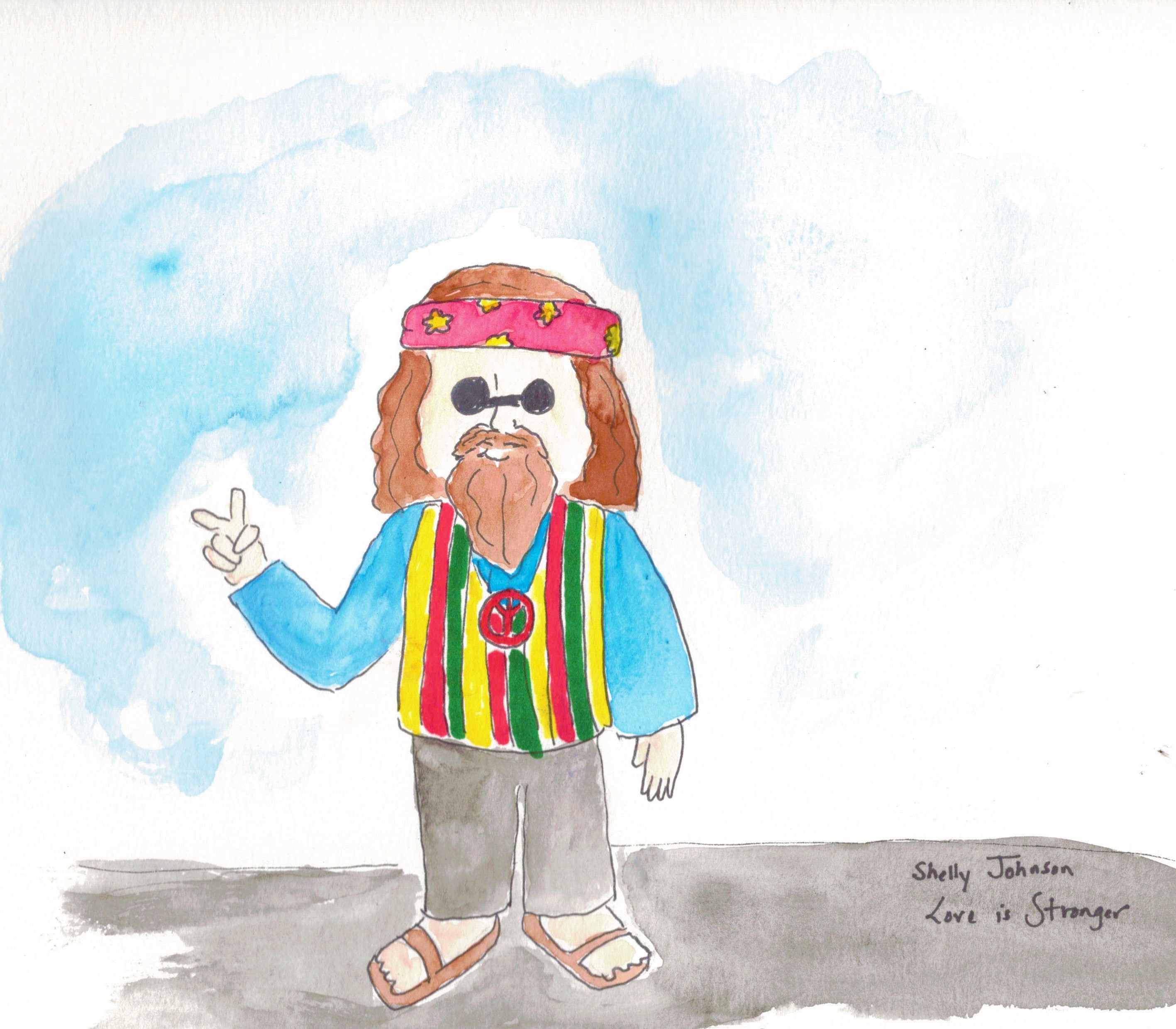 these prejudices will likely cause very little harm.

On the other hand, if we are prejudiced against a person or a group of people, it could cause us to discriminate against them or act in an oppressive manner, and oppression eventually hurts everyone, including ourselves. (You can read more about this here.)

I would like to propose something for your consideration: I think all human beings struggle with prejudice and that this struggle is a normal part of becoming a good human being.

Why Humans Struggle with Prejudice

To help us understand why we all struggle with prejudice at some point, I would like you to think about glasses.

People wear glasses because they have problems with seeing. If they have a good pair of glasses with good lenses in them, they can see clearly again. On the other hand, if they have bad lenses in their glasses, the world appears distorted or hazy to them. Bad glass lenses can also constrict our field of vision so that we see a narrow view of the world. 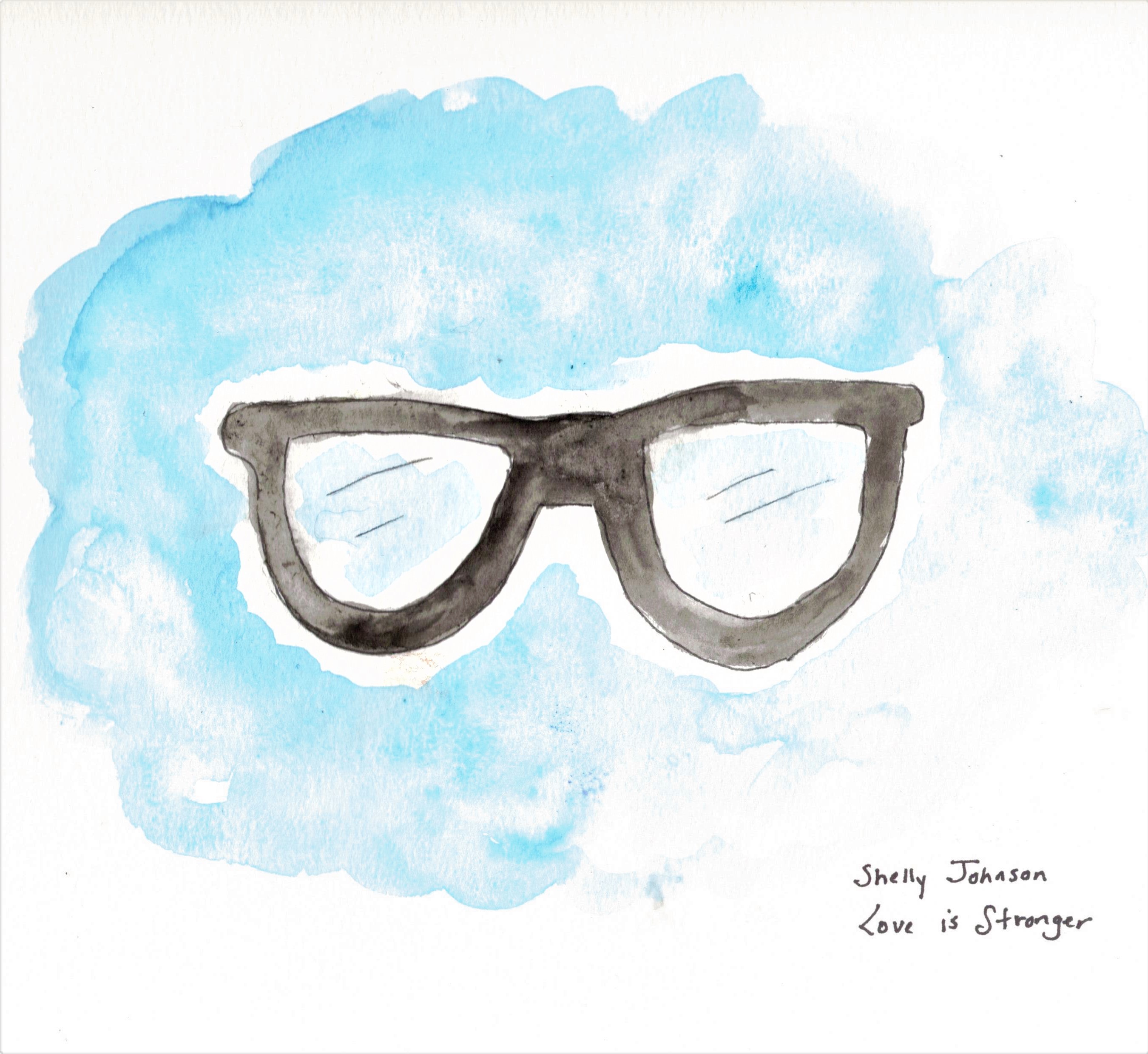 Consider that when we are young, we have a very murky and unclear view of the world. The world is a confusing place, and we constantly try to make sense of the things we hear and see. To do this, we must adopt certain views of the world about, for example, who is trustworthy; what kinds of rules we should follow; who our role models are; how to succeed; and how to stay safe and get the love we all need.

All of us must develop views of these things from a very early age, or it is impossible for us to grow and develop as human beings.

We All Wear “Glasses”

The views we adopt are like glasses we put on to help us see the world more clearly. But as you can imagine, the lenses in our glasses are often distorted and murky when we are younger. We believe many things that are incorrect or unsupported by good logic. How could it be otherwise? We’re little kids.

Some of these incorrect beliefs are harmless, and we soon grow out of them. For example, I can remember some of the funny incorrect beliefs I had when I was little: I thought women became pregnant when someone put a wedding ring on their finger, and I thought people in the same family all had to have the same color of hair (because all the people in my family did).

Of course, I soon realized these beliefs were incorrect, and I replaced them with accurate beliefs. Can you remember any of the funny and incorrect beliefs you had when you were young?

When Our Glass Lenses are Murky

Thankfully, we correct a lot of our faulty assumptions about the world just by growing up, going to school, and gaining more education.

However, most of us possess at least some incorrect assumptions about the world that are never challenged because we may never meet anyone or anything that challenges them. The more we associate with people who look, think, and believe just like us (that is, people who wear our same kind of glasses), the more likely it is that we will continue to hold on to certain incorrect beliefs.

For example, if we associate primarily with people who are the same race, ethnicity, socioeconomic class, religion, denomination, political party, etc., it is very likely that we have certain faulty assumptions about people from groups that are different from us. And if we never interact consistently with people from these other groups, it is unlikely that our faulty assumptions will be challenged. 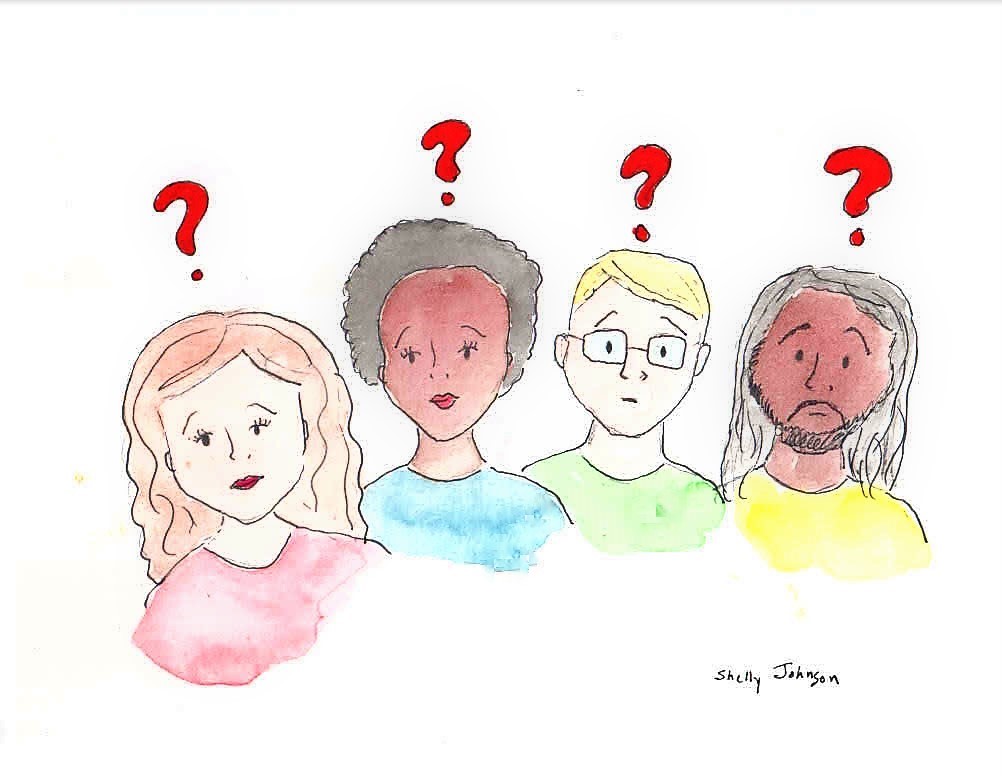 And the more these faulty ideas become entrenched in our belief system, they more other faulty ideas develop around them. This is how prejudices form.

A Frightening Possibility to Consider

One of the reasons I am writing this post is because of something most of us probably know but don’t consider at great length.

Human beings have done some horrible things to each other throughout history. For instance, people in the U.S. practiced slavery for hundreds of years, and we finally abolished it only to turn around and force thousands of Japanese-Americans who had committed no crime into internment camps. As  another example, people in Germany slaughtered thousands of Jews in the holocaust, and people in the Rwandan genocide slaughtered their neighbors because they were a different ethnic group.

We would like to think that the people who did these things were all psychopaths with evil, glowing red eyes whom we could easily pick out in a crowd as “People likely to commit atrocities against their neighbor.”

History suggests otherwise. It suggests that the people who participated in slavery, holocausts, and genocides were ordinary, every day people like you and me. Many of them were religious people and seemingly upstanding citizens who loved their children, went to church, faithfully payed their taxes, and pledged allegiance to their countries.

How could such normal, good people do such things? Was it temporary insanity? A type of psychological breakdown?

I think it is something much simpler than that. Many of the people who committed these atrocities were people who failed to recognize and address their prejudices.  They failed to realize that they were wearing glasses with distorted lenses that caused them to see the world in a certain way.

And because they failed to realize they were wearing such glasses, they believed that the way they saw the world was the right way, rather than a way of seeing the world distorted by personal prejudice.

What We Can Learn from History

I am not suggesting that because we all struggle with prejudice, we all inevitably get caught up in holocausts and genocides. That’s certainly not true.

I am suggesting that if we fail to realize that we all wear glasses and that all of us have some type of lens distortion to a greater or lesser degree, we will fail to address our own personal prejudice.

I am also suggesting that when prejudice, especially prejudice against other people, goes unchecked, it can lead to oppression, including various forms of racism and psychological and physical violence.

What is the Solution

But there is a solution to the problem of prejudice. I am going to call the solution the “Prejudice- Reduction Plan”. I believe that we can greatly reduce or even eliminate the most dangerous kinds of prejudice: namely, prejudice against other people that leads to physical and psychological violence. Following some sort of Prejudice-Reduction Plan is a great place to embark on this type of journey.

One: Recognize that no matter how intelligent, moral, Christian, religious, or scientifically literate you are, you still struggle with some prejudice (or perhaps a lot of prejudice) because every human being does.

Two: Realize that your prejudice never appears like prejudice to you. Prejudice always masquerades as good common sense or careful thinking or prudent self-protection or wise national security measures or submitting to authority or something like this.

Three: Be aware that prejudice can creep into and distort the practice of any good religion, or politics, or philosophy. Because of this, there is no institution—like a church or a family or a school—that is automatically free of prejudice. We don’t need to live in fear of prejudice, but we do need to weigh ideas critically in all the institutions and groups to which we belong.

You can read more about this here and here. 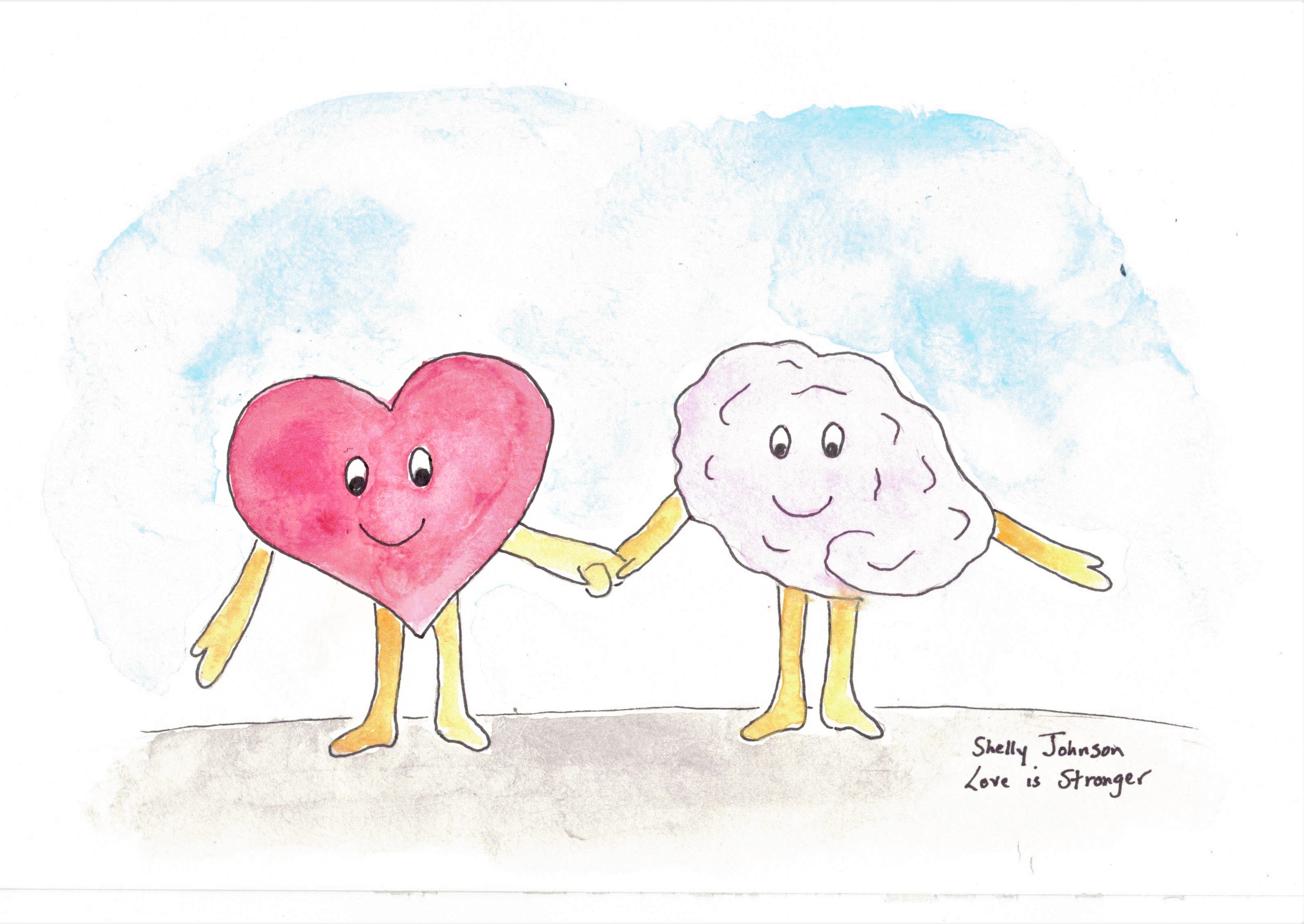 You can read more about this here and here.

Five: Practice developing virtues that either help you reduce prejudice against other people or that prevent you from developing these prejudices in the first place. Here are some of the most important virtues that help you do this.

Respect: You can read more about this here, here, and here.

Love: You can read more about this here and here.

Justice: You can read more about this here.

Compassion: You can read more about this here and here.

Empathy: You can read more about this here, here, and here.

Caring Dialogue: You can read more about this here.

One of the best ways to develop these virtues is to seek out opportunities to associate with people or ideas different from you or your ideas. You can do this by living near or going to church or school or work with diverse groups of people. You can also do it by reading books and watching shows that explore in a sympathetic and nuanced way the lives of people who are very different from you.

Six: Avoid talking about people rather than talking to them. For example, do you regularly talk about liberals or conservatives or the far-right or the far-left or feminists or Christians or queer people or Democrats or Republicans or muslims or Mexicans or academics instead of talking to them?

If the answer is “yes”. Consider that when you talk about people instead of to them, you are likely repeating and further entrenching prejudices about these people groups. Try to find ways you can engage in meaningful and empathetic conversation with these groups. It may be talking to them personally or reading to or listening to sympathetic stories about them and their struggles as human beings.

And when you talk to them, set an intention to listen and learn, rather than to prove your own view. Remember, your goal is to examine your own prejudices carefully, and the only way you can do this is to listen with empathy.

Hey Friend—Do you suspect that you may struggle with prejudice? Does it worry you? I understand this fear. I assure that it is a brave and wise and loving thing, both for yourself and others, to become of your own prejudices and to work on ridding yourself of them. You can do it.

If you enjoy this post, please consider sharing it on social media.

3 thoughts on “Do We All Have Tendencies Towards Prejudice? How Can We Escape Our Prejudices?”