This post is part of a series about developing your own moral and ethical code. You can find links to the other posts in this series at the end of this post. Each of these posts gives you important information about different moral systems, but each post also gives you an exercise(s) you can do to help you figure out how to apply the system to your life practically.

A Scenario to Spark Your Moral Imagination 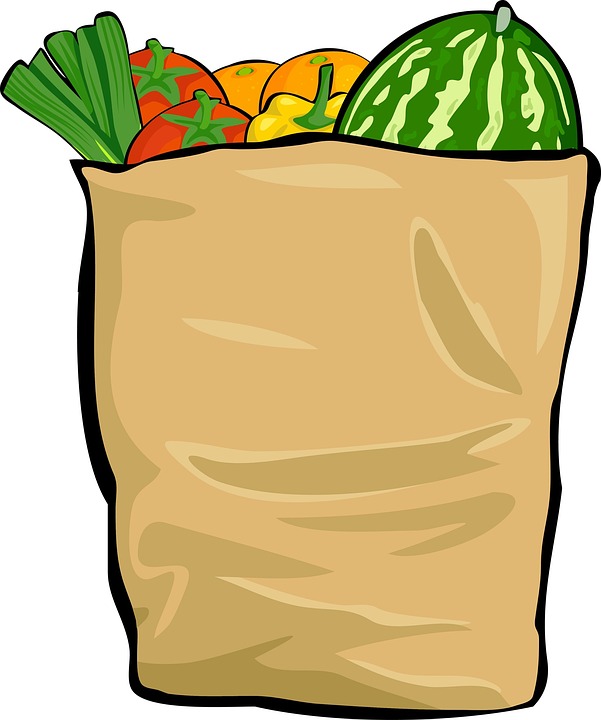 Now I would like you to imagine three different versions of SOLS:

Version One: A girl sees the struggling older woman. She loves older people. She thinks they are so cute, and she loves to help them. So she goes to help the older woman safely carry her groceries to the other side of the street.

Version Two: A girl sees the struggling older woman. She looks around and notices that there are quite a few people in the general vicinity, and many of them are also looking at the older woman. The community is small, and the girl knows that if she helps the older woman, it will improve her reputation in many people’s eyes, and they will be impressed with her character. So, she goes to help the older woman.

Version Three: A girls sees the struggling older woman. The girl is having a bad day and is annoyed with everything. To top it all off, she is late to her dentist appointment. She doesn’t want to help the older woman at all, but she knows it is the right thing to do, so she does it.

Which Girl is the Most Moral?

All three versions of SOLS show a girl helping the same struggling older woman but for different reasons. Please take a moment and think of the answer to these questions:

In which of the above versions of SOLS is the girl most moral? Is it Version One, Version Two, or Version Three? Why do you think this?

SOLS and the Most Moral Girl

If you are a like a lot of people, you probably think that the girl in version three is the most moral of the three. This might be your reasoning: The girl in version one and two of SOLS help the older woman for selfish or self-focused reasons–because it makes her happy (version one) and because she hopes to improve her reputation by helping the older lady (version three). 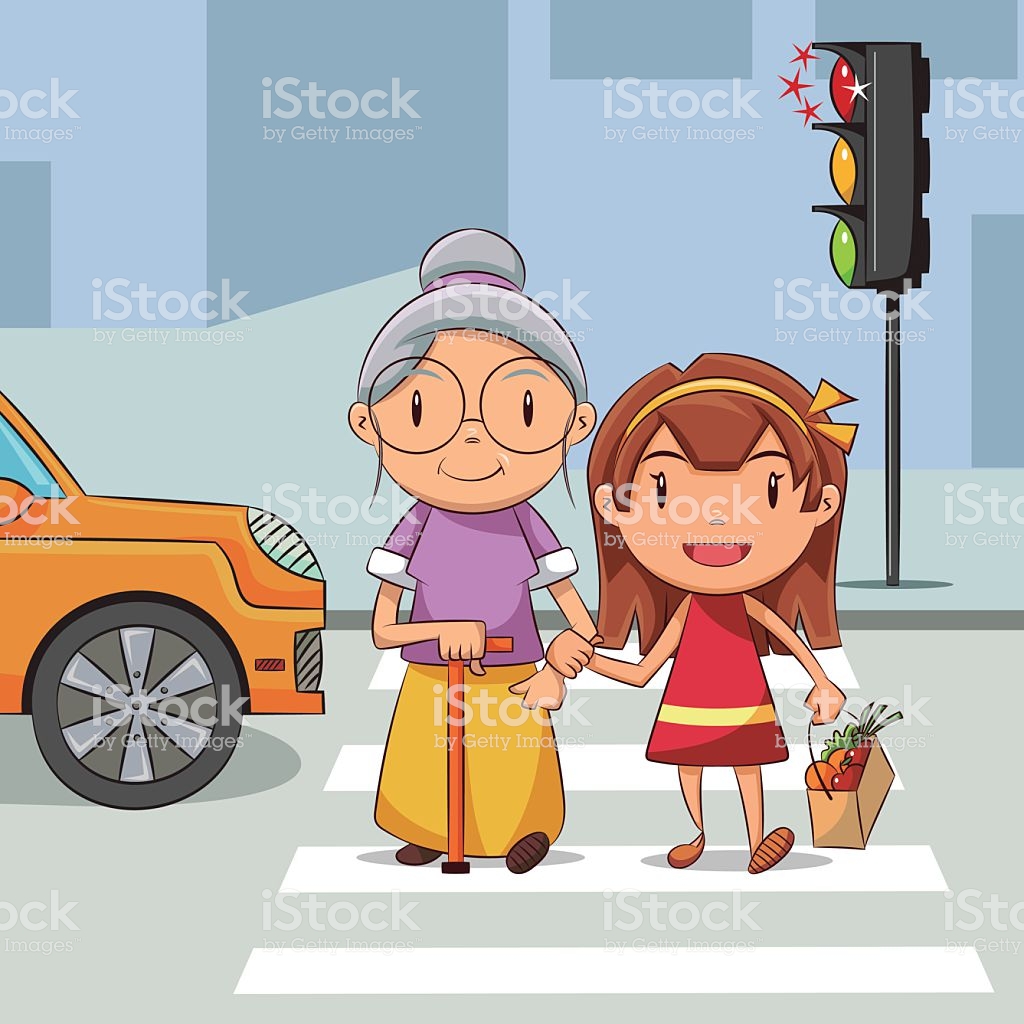 If you said that the girl in version three was the most moral and provided a reason somewhat like the one I gave above, you may not know it, but you have a lot in common with the philosopher Immanuel Kant and his system of morality and ethics.

Kant is very concerned with finding a ground or foundation for morality that is universal–that can apply to everyone. His concern makes a lot of sense because when we think that something is immoral–say murdering or stealing–we think it is immoral for everyone. For instance, we don’t think murder is immoral for Tom and Jessalyn but moral for Carlos and Paul.

Well, first, let’s look at what the ground of morality cannot be.

Because all these things are so unique and particular to us, Kant believes they cannot be the ground of morality because they are not universal.

So what is the universal ground of morality? Whatever the ground is, it has to pertain to human beings because, Kant argues, only human beings are sensitive and beholden to the moral law.

The Universal Ground for Morality

So what is universal about human beings that can serve as a ground for morality?

Kant thinks it is our reason. There are certain aspects of our reason that are universally shared by all human beings.  Here is an example. Let’s say that I presented you with this rather silly argument that requires you to fill in the last word of the argument:

What word goes in the blank? Read the argument again. You’ll figure it out.

You were able to fill in the blank because of logical operations of your reason, and all human beings of a certain age (e.g. an age where their abstract thinking is developed) have this reasoning. It is universal. (If you want to practice another argument like this, see the one at the end of this post.*)

Now, Kant doesn’t think that morality is a matter of filling in the blank of a silly argument about hink-pinks and roley-polies and Bob. But he does think that we can find the universal ground for morality in our reason.

How do we find it?

Well, Kant thinks that if we take the concept of the moral law and empty it of all empirical matters (like particular laws**), then all we are left with is the basic form or idea of moral law–namely, that it is universal–it applies to everyone.

If we turn the idea of universality into a rule for action, it looks like this: Only act on the maxim (the rule for acting) that you could will everyone to act on universally.

This rule is known as Kant’s categorical imperative. An imperative is a command to do something, and if it is a categorical command, that means it holds in all situations.  So, Kant thinks that in every situation, we are to act on the maxim which we could will everyone to act on universally.

Another way of saying this is “Don’t make yourself to the exception to the law.” 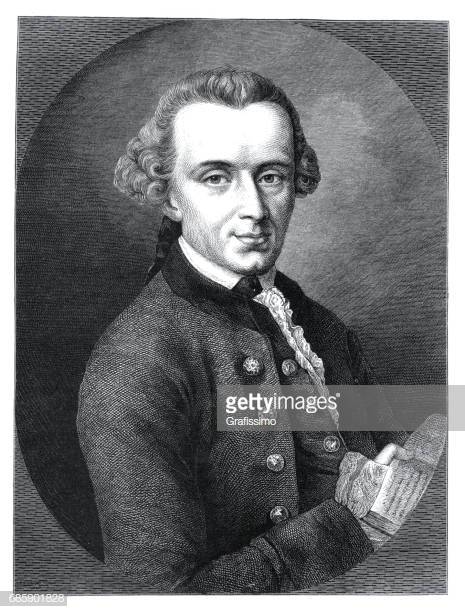 The Practical Application of the Categorical Imperative

Kant’s  categorical imperative may sound abstract, but it can serve as an excellent guide for conduct.

If we consider the issue, we will soon realize that we cannot will lying to be universalized. If everyone lied, not only would communication break down and distrust dramatically increase, we actually can’t lie anymore once lying is universalized.  Lying only works when everyone else tells the truth, and you make yourself the exception the the rule.

As another example, consider a scenario in which you drive to the movie theater to watch a newly-released movie you are really excited about. The line is extremely long, and you consider cutting in line. Kant asks you to consider if you could will everyone to act on your maxim of cutting in line when you don’t feel like waiting.

When we follow the categorical imperative and only do actions we could will everyone else to do universally, Kant believes we are autonomous, which means that we give ourselves the law (auto = self, and nomos = law). We follow the categorical imperative because we recognize that it is the right thing to do, and we do it no matter what–even if it isn’t particularly pleasant at the time.

Think back to the girl at the beginning of this post who helped the struggling older woman across the street (even though the girl didn’t want to) because she knew it was the right thing to do. She did not base her moral action on empirical matters such as whether or not it makes her happy (like the girl in version one above) or whether or not it improves her reputation (like the girl in version two above).

Kant would say that she is autonomous. She gives herself the law, and because of this, she is free and rational, which is the most humane way to live. She has a good will (because it conforms with the moral law) and is a life worthy of happiness.

On the other hand, let’s say that someone only does the moral thing if it makes her happy or gets her something–like wealth and reputation. Kant would say that a person like this is heteronomous–she is ruled by other forces outside of her (heteros = other, and nomos = law).

Kant argues that a heteronomous person is not in charge of herself, and she is not free. Rather, she is controlled by conflicting forces like changing emotions, other people’s opinions, and desire for gain. She becomes a slave to these forces, and Kant believes this is an irrational way to live. It’s not a good human way to live.

So for Kant, having a good will and doing the right thing (following the categorical imperative) is equivalent to being free, rational, and living the most human life possible.

You don’t have to take Kant’s word for it. You can try it yourself.

Assignment: For a week or a month or however long you like, work on only acting on principles actions that you could will everyone to act on universally. Don’t make yourself the exception to the rule.

Here are two other posts in this series:
How to Develop Your Own Moral and Ethical System (and Why You Would Want to)

How to Flourish by Cultivating Virtues

*Here is another argument to try:

What goes in the blank?

**Particular laws would be things like traffic laws, tax laws, the ten commandments, or any other particular law you can think of.