In my last post and this post, I have been writing from the perspective of someone who is a Christian reflecting on some troubling things that I often hear other Christians say. So, I beg pardon of my non-Christian readers. I hope you might find these posts interesting or cathartic as well, but if you do not, please don’t worry. I promise I will write about other topics, too.

It is important to say that I am not writing these posts to pick on Christians. After all, I am a Christian.

Rather, I write these things because I believe that the primary job of Christians is to share the transformative love of God with the world. (The apostle John writes, “They will know we are Christians by our love.”[1]), and I think beliefs and sayings like the ones I am exploring in these posts get in the way of this most important job: sharing love with the world.

But I am also writing about these things because I think certain common beliefs and sayings of Christians in the U.S. have lead them to do and believe some really wacky things politically: like exuberantly supporting politicians whose entire character and way of life is antithetical to the Christian message.

It is time we start behaving differently, and I think we can.

In my last post, I reflected on the idea that God sometimes uses wicked people to accomplish his goals—which is something troubling I have heard some Christians say to excuse the egregious behavior of politicians.

In this post I want to explore another common belief or saying I hear people promote. And that is, often when Christians in the U.S. (because that is where I live) are faced with bad rulers, even in their own party, or bad social situations—like poverty or gun violence or inequality–people will often say something like “It is the end times” or “Well, the world is going to just keep getting worse until Jesus returns, and there is nothing we can do to change it.”

When folks say such things, they are expressing certain beliefs about things like the rapture, Christ’s return, and the end of the world: eschatology, in other words. (Eschatology, from the Greek word eschaton—ἔσχατον—meaning “last”.)

I learned about eschatology the hard way.

I remember when I was about ten, the church I went to (which was good church in other respects) decided to show this end times movie called A Thief in the Night, which was a precursor, I believe, to the Left Behind series that became popular several decades later. 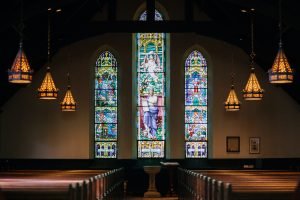 This movie was also an evangelical horror flick thinly disguised as a morality tale.

I mainly remember it involving raptures, people left behind, scary governments, and, of all things, guillotines. Zut alors.

I say in all seriousness that this movie traumatized me. And I am not the only one. A friend of mine wrote his dissertation, in part, on the negative effects this movie (and its sequels) had on Gen-X evangelicals kids.

For the record: When you use terror and fear to scare people into believing in Jesus, you are 100% behaving inappropriately, and you are greatly increasing the chances the person you are scaring, even if they make some kind of faith commitment at the time, will later reject their faith.

When you scare people into believing in God, you encourage them to believe out of fear—not from love. And since the human spirit will not endure perpetual terror, you ensure that people will eventually reject their fear-based beliefs, and then they will be left with nothing. 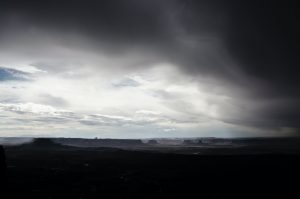 I was lucky that I had already had a profound encounter with God’s love before I saw this silly rapture evangelical horror movie, and I didn’t associate it all with the God I had experienced personally. In fact, the movie confused me, and I both did and did not understand why my church was showing it.

This isn’t the only confusing run-in I had with eschatology.

I also remember when I was a sophomore or junior in high school. Some guy in the larger evangelical community pronounced that he had figured out the specific day Christ would return. He wrote a book about it. I remember anxiously awaiting that day, wondering if it would indeed come around.

I really hoped it wouldn’t.

I mean, I loved Jesus, but I also wanted to do stuff—like go to college. Live on my own. Visit another country. Write a book. Have sex. You know—the usual.

Well, needless, to say, that day came and went, and Jesus did not return.

I remember several other such predictions that came and went in the years after that day.

It was instances like this that made me curious about eschatology. I realized that while many Christians frequently spoke about the end times, they often didn’t really understand what they were talking about.

I remember reading some books and asking a lot of questions about eschatology in youth group. And I won’t rehearse everything here that I learned about eschatology. You can read a comprehensive article about it here if you want. I also won’t claim that I know the truth about eschatology and end times.

And I don’t have to. And here is why.

First, it seems pretty clear from the Bible that no human being knows the truth of the end times—as in, when stuff like Christ’s return will occur. (I mean, read Matthew 24:36). After all, even Christ’s disciples thought they were living in the end times. 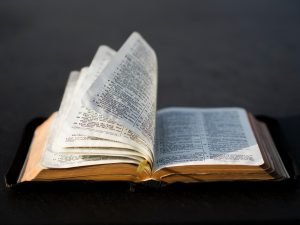 Second, all throughout Christian history, really dedicated, committed Christians who have studied the Bible assiduously have believed radically different things about the end times.

Some of them believed that the end times spoken about in Revelation were an example of figurative, poetic language, rather than a prediction of actual events.

Other people believed that the events of Revelations had already occurred during Christ’s time, in one form or another, and that the goal of all Christians was to work to bring the kingdom of God on earth.

By the way, these have all been legitimate interpretations of Revelation accepted by orthodox Christians and churches at one time or another.

I’m a somewhat hopeful, optimistic person, so I personally advocate for the interpretation that Christ’s kingdom is unfolding here on earth, and it is our job to join the party. 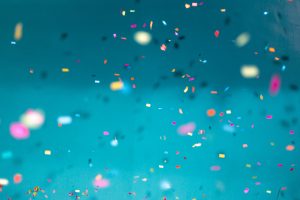 And honestly, whatever your eschatological views are, I think you should do the same.

If we (we here meaning Christians) believed that Christ’s kingdom was unfolding here on earth, here is what I think we would do:

We would love and care for the planet as the home of Christ’s kingdom.

We would call out the wickedness of political rulers—in any party–because we would recognize their behavior for what it is: unbefitting Christ’s kingdom.

We would work to solve problems of poverty, homelessness, inequality, sickness and violence because these problems don’t belong in Christ’s kingdom, and we know that the love of Christ will guide us in eradicating them.

We would stop building walls and start building bridges.

We  would make sure that everyone had enough–like Christ did when he fed the multitudes.

These are just a few things.

And when you think about it. That is what Christ and his disciples did. They fed the hungry, healed the sick, celebrated returns of prodigal sons and lost sheep, and they mourned the brokenness around them that didn’t have to be.

They did these things because they could see and touch the kingdom of God among them already.

4 thoughts on “On the Saying, “The World is Just Going to Get Worse Until Jesus Returns, So There’s Nothing We Can Do to Make It Better””