You might not know it to look at me now, but I used to be pretty good at catching snakes. 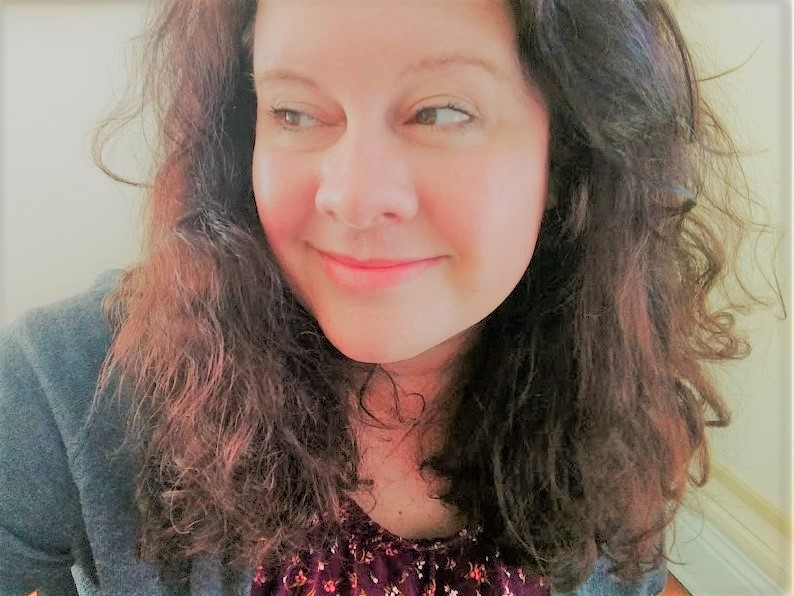 I’ve become a bit too tame and indoorsy in recent years.

When I was in elementary school, I went to my favorite camp in the world, Camp Tilikum, every summer.  I loved Tilikum for a lot of reasons, but one of the things I loved most was the big lake there.

I went swimming and canoeing in this lake, like most campers, but I also went snake hunting around the lake with my friend, Dennis. 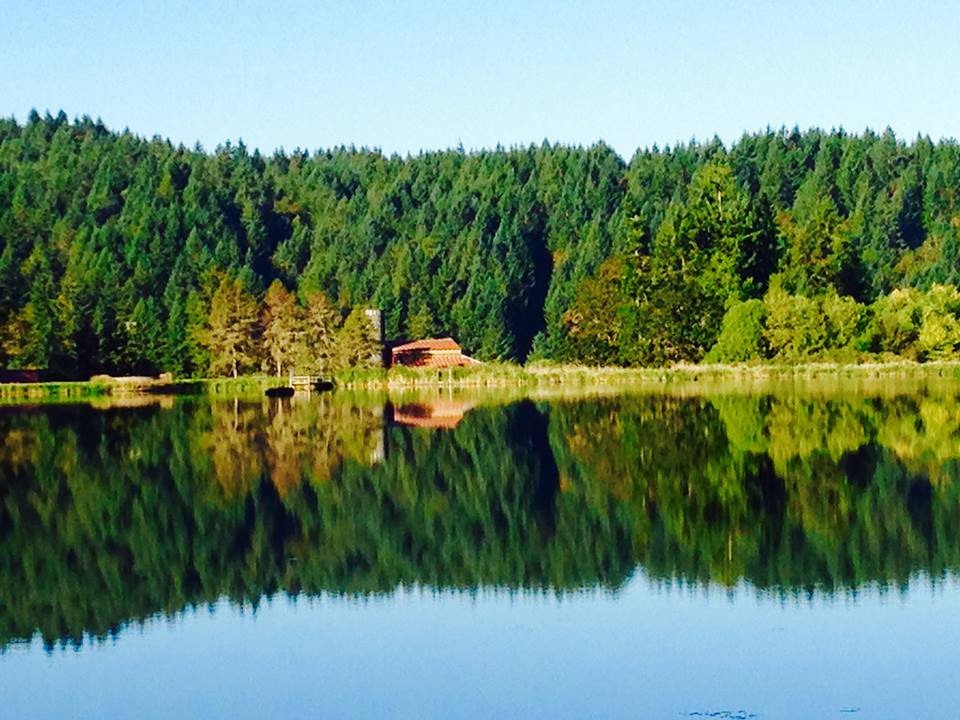 Beautiful Camp Tilikum. Tilikum is a Quaker day camp in Newberg, Oregon, and it is amazing. You should check it out. (Photo courtesy of Tilikum staff.)

Dennis loved snakes. It didn’t matter how big a snake was, Dennis was fearless, and when I was with him, I was fearless too. I can’t even remember how Dennis and I became snake-hunting buddies. 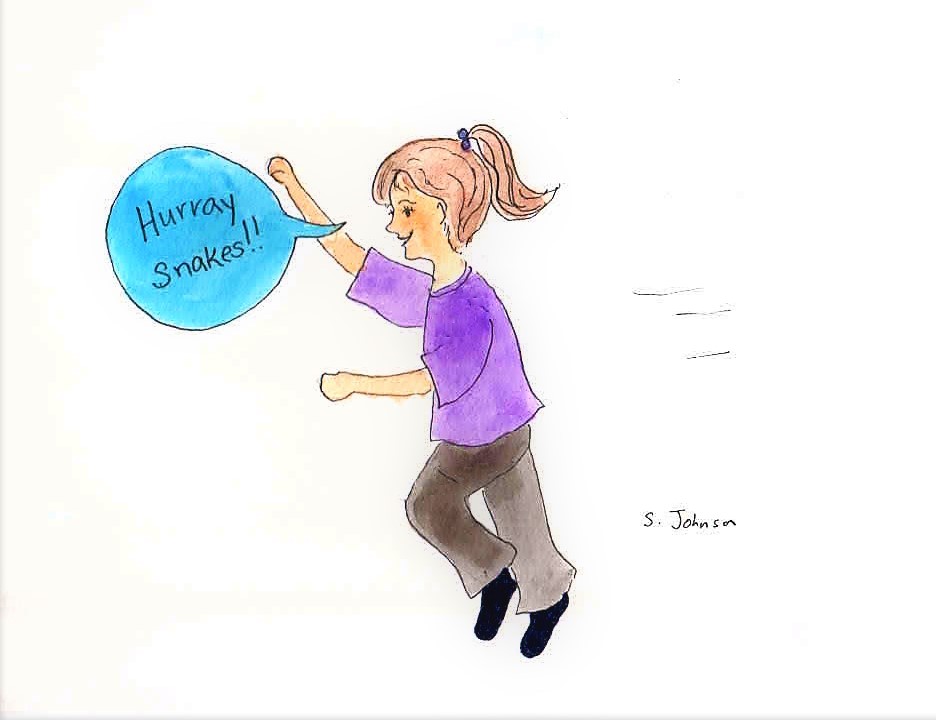 But I clearly remember traipsing through the mud and bulrushes surrounding lake Tilikum with Dennis and without a care in the world.

I never really considered the fact that I was a girl and that rumor had it that girls didn’t like to get dirty and that they were often afraid of snakes. None of this was relevant information when I was snake hunting.

The only thing that was relevant was that I felt alive on those snake hunts.

I knew I was on an a life-changing adventure.

I knew we would find fantastical creatures.

And we did. We found adorable little garden snakes, but we also found four -foot long, brilliantly-hued snakes that seemed too magical to be real. 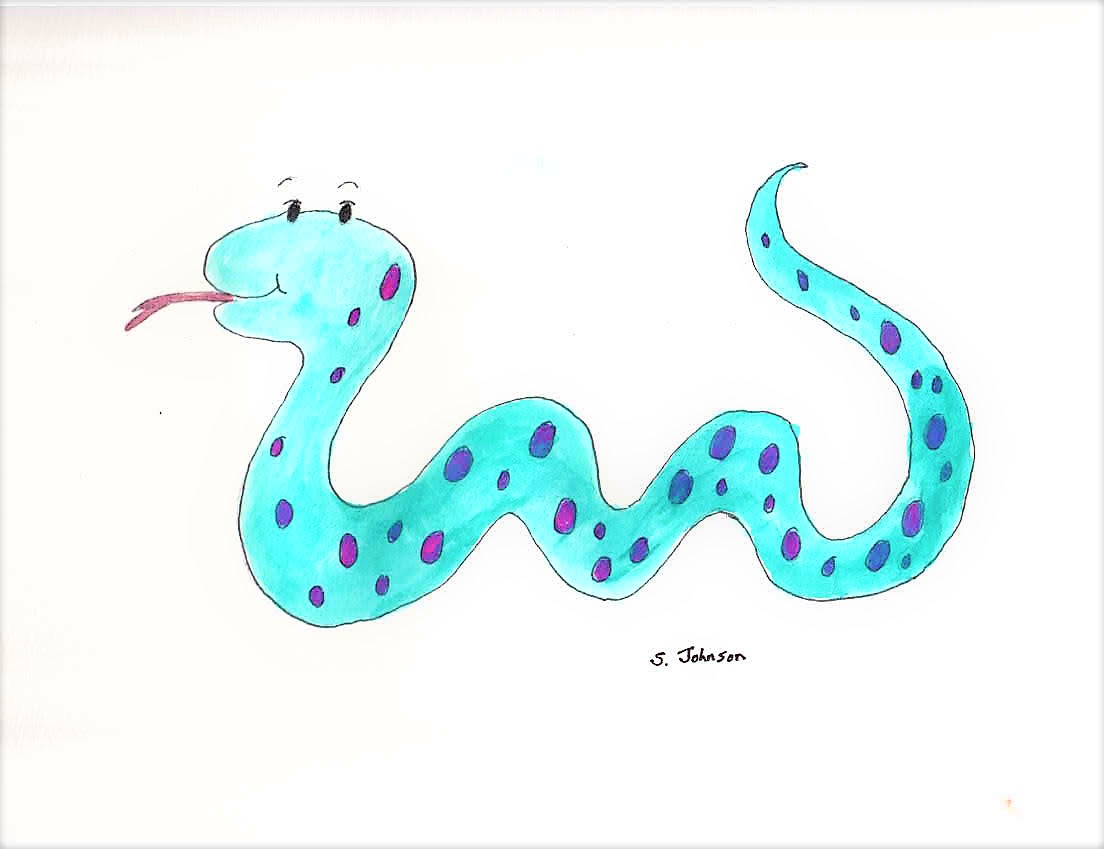 But they were. I know because I held them. I looked into their eyes and was fascinated with their little, flickering tongues.

And I was only a little terrified.

My reptilian infatuation continued on into my early teenage years, and I remember several times fearlessly picking up garden snakes in my back yard and recalling fondly my adventures with Dennis.

At some point, I am not sure how, I developed a fear of snakes, and like most people, I now get the willies by wildlife that occasionally surprise me in my house (we haven’t had any snakes in the house yet, thank goodness). 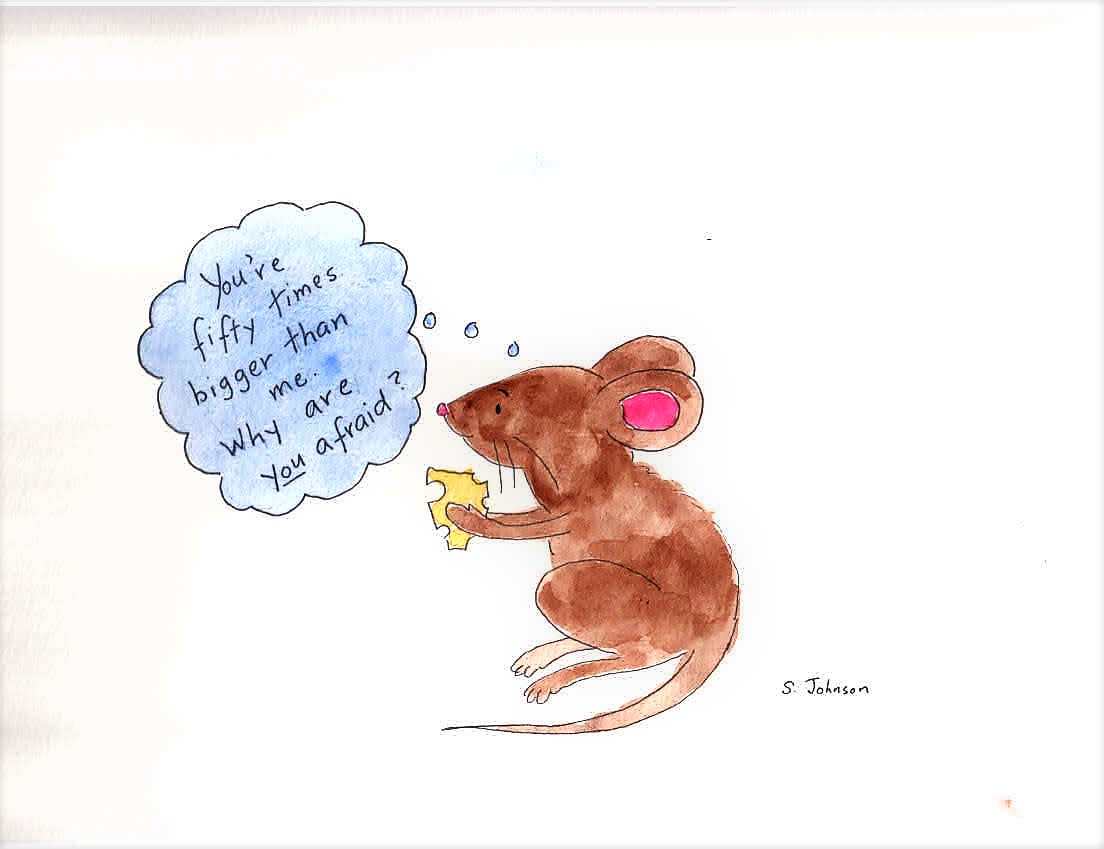 I think with both fondness and curiosity about my days of fearless snake hunting with Dennis.

Who was that girl? How is it that I became so fearless about and good at catching snakes?

And I think about some of the other things in my life I have been fearless about. For instance, when I was twelve and swimming at my neighborhood swimming pool, I decided that I would challenge myself by jumping off the high diving board three times.

It terrified me. But I did it.

And when in college, I decided I wanted to do my student teaching in Guatemala, even though I didn’t speak Spanish. And I did it.

And when I was in my twenties, I decided I need to learn Latin. And I did it. 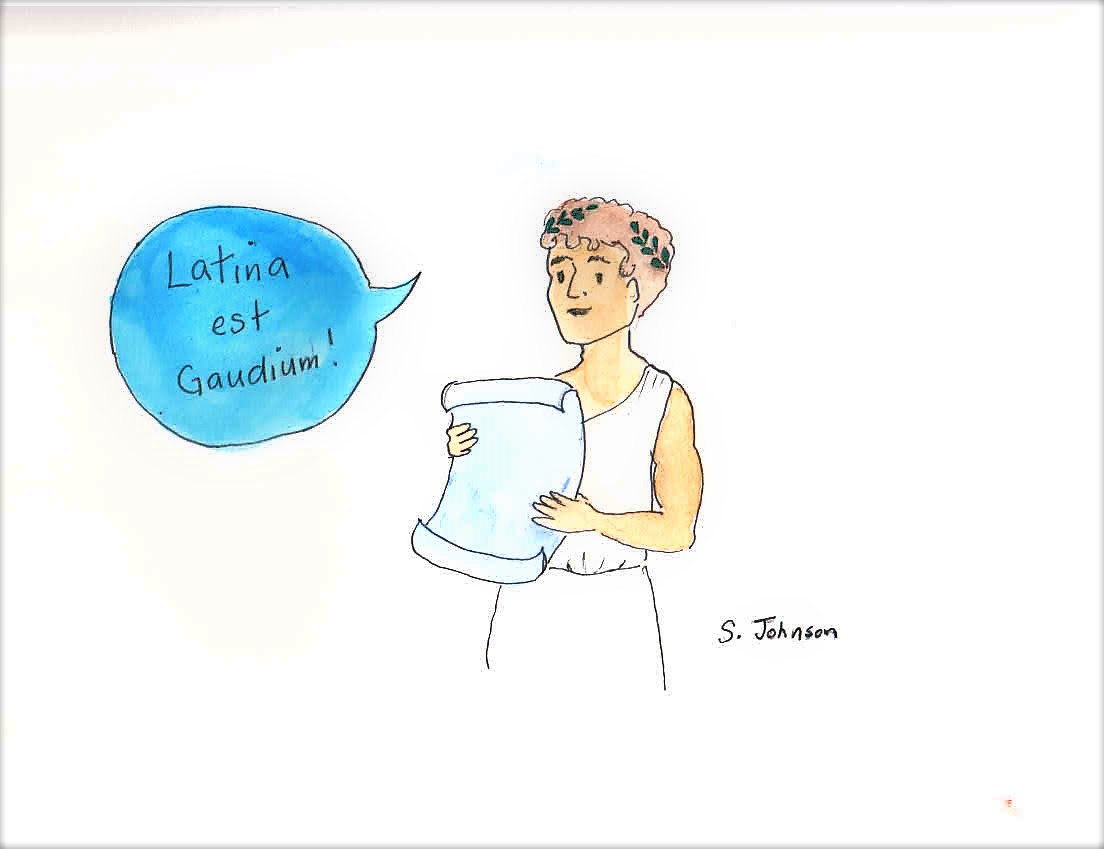 And when I was in my  mid thirties, I suddenly realized that I needed to go back to graduate school and get my PhD in philosophy, even though I had only taken one philosophy class in college, and I had been teaching middle school students for sixteen years. And I did it.

In all of these cases, I didn’t think about whether I was good at jumping off the high dive or going to Guatemala or learning Latin or getting a PhD in philosophy.

I was driven by curiosity and adventure.

On the other hand, despite my somewhat regular daring adventures, I also (weirdly enough) get really anxious about seemingly innocuous things.

I have pretty bad math anxiety.

I am often terrified by housekeeping.

Running for more than a quarter a mile freaks me out, even though I generally like exercising.

I often wonder why it is that I can go snake hunting and suddenly decide to get my PhD in philosophy but the thought of running or dusting sends me into an anxious tizzy.

The more I think about why this is, I realize it is because that somewhere along the line, someone told me that I wasn’t good at the things that freak me out. The suggestion was that I couldn’t do them.

So now, instead of being curious and adventurous about things like math or housekeeping or running, I spend all my time fretting about whether I am doing it right and what other people think and about how terrible I am at it.

So of course, I never get very far with these activities.

No one ever told me I couldn’t catch snakes or that I was bad at it. Dennis seemed to assume from day one that I would be great at catching snakes. I assumed this, too.

But here’s the thing. Of course I can do those activities that freak me out.

I can add and multiply; I can operate a vacuum; I can put one foot in front of the other.

And I know if I payed more attention to curiosity and adventure (well, as much adventure as one can have while cleaning), I would become absorbed in these activities, and I would suddenly find out I can do all sorts of things I thought I couldn’t do.

What I have realized is that curiosity is a much better life guide than fear. 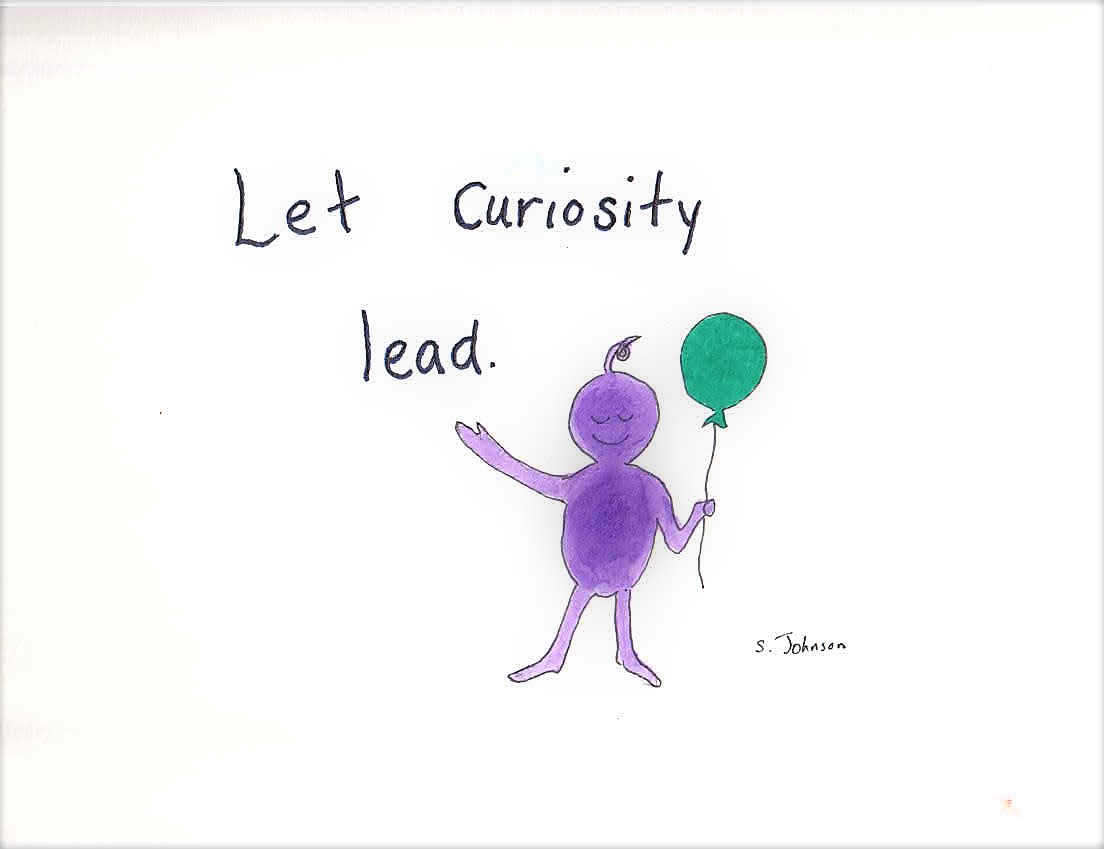 Fear wants to know in advance how to do everything right. Curiosity says, “Let’s just try it and find out.”

Fear says “What if people think you look stupid?” Curiosity says, “I am going to go on an amazing adventure.”

Fear says, “What if I am doing it wrong?” Curiosity says, “I wonder what I will learn about the world along the way?”

This year I am thinking about how I can let go of fear and invite curiosity to be my guide. I think I will start just assuming that I am potentially awesome at everything and go on as many adventures as I can.

Some Stuff About Sharks, Letting Go of Fear, and Changing the Questions We Ask

6 thoughts on “What I Learned from Dennis and Snakes”