President Trump’s 2016 win surprised most people. Of course there were some political critics and academics who predicted his win, but most people, including myself, never expected Trump to win the election.

The President’s Focus on Winning

There is even some speculation that President Trump himself was surprised by his win. We may never know the truth of that matter, but what we do know is that winning is at the heart of President Trump’s life philosophy. During his presidential campaign, he spoke repeatedly about how he and his campaign and supporters were winning and would continue to win. (You can read about this here.)

The President also frequently derides his opponents and critics as losers. In fact, this is his primary insult. You can read more about this his own Twitter feed here.

And in fact, it is likely that his emphasis on winning is part of what helped him get elected. After all, most people like a winner. And in fact, if winning is done fairly and justly, winning is great and (generally) something to celebrate.

When We Need to Win

There is, however, a danger in overemphasizing winning or in making winning one’s goal. Human beings are imperfect and because of this, failure is a part of life. It’s something we all have to learn to manage. In addition, people are susceptible to self-deception, error, and vulnerability. No human being can escape these frailties of human existence, no matter how amazing he or she is.

Look at  Thomas Edison who, it is reported, failed at inventing the light bulb 1,000 times before he succeeded.

Look at Michael Jordan who said, “I’ve missed more than 9,000 shots in my career. I’ve lost almost 300 games. Twenty-six times, I’ve been trusted to take the game winning shot and missed. I’ve failed over and over and over again in my life. And that is why I succeed.”

Stories like this show that failure is an inevitable part of success. People don’t just invent light bulbs or become basketball legends on the first attempt.

And in fact, the greatest test of a person may not be how many times he fails but rather how he handles winning. Consider the story of King David in the Old Testament in the Bible. As a young boy, David miraculously defeated the Philistine warrior Goliath who continually taunted, bullied, and threatened David’s people, the Israelites.

David was a nobody–a small shepherd boy, the youngest in his family, tending sheep in the hills near his home. He heard about Goliath’s taunts and that no Israelites were willing to fight Goliath. So, the story goes, with a sling shot and his faith in God, David went and killed the giant Goliath. 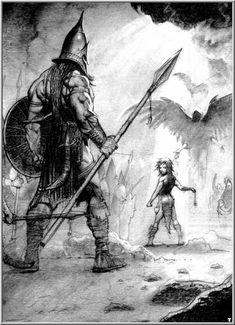 David and Goliath by Simon Bisly

He went on to be the champion and later the king of his people. And then he got really full of himself and his own accomplishments. He believed, it seems, that he was too big to fail. Which belief, of course, sent him down a very bad path.

He ended up sleeping with Bathsheba the wife of one of his best soldiers; he got Bathsheba pregnant; and then he arranged to have Bathsheba’s husband Uriah killed so no one would find out about his malfeasance. (You can read about this in 2 Samuel 11.)

David’s failure to take responsibility for his moral failing eventually led to the death of his and Bathsheba’s son and to violence and further death in his own family.

They teach us that the nature of human existence requires that we develop virtues like humility, patience, responsibility, and self-reflection. Without these virtues, we often add to our own suffering and the suffering of those around us.

When we focus on winning and being a winner at all costs, it prevents from developing these virtues. And, in fact, it often encourages the opposite. We’ve all been around younger kids–especially young boys (it seems) who are intent on winning at all costs. Instead of humility, this desire encourages arrogance; instead of patience, impulsivity and recklessness; instead of responsibility, a tendency to blame others for their failure; instead of self-reflection, an inability to admit personal weakness.

The vices of arrogance, recklessness, blaming, and an inability to admit personal weakness are a common result of emphasizing winning at all costs, and these are dangerous vices to have–both for ourselves and others.

But another dangerous consequence of the need to win at all costs is that it weakens our ability to empathize with other in the midst of suffering and to work with others to address tragedies.

Whether we like it or not, human existence is marked by suffering like natural disasters, death, and illness. Nobody, no matter how smart and healthy they are, can completely avoid these vulnerabilities. 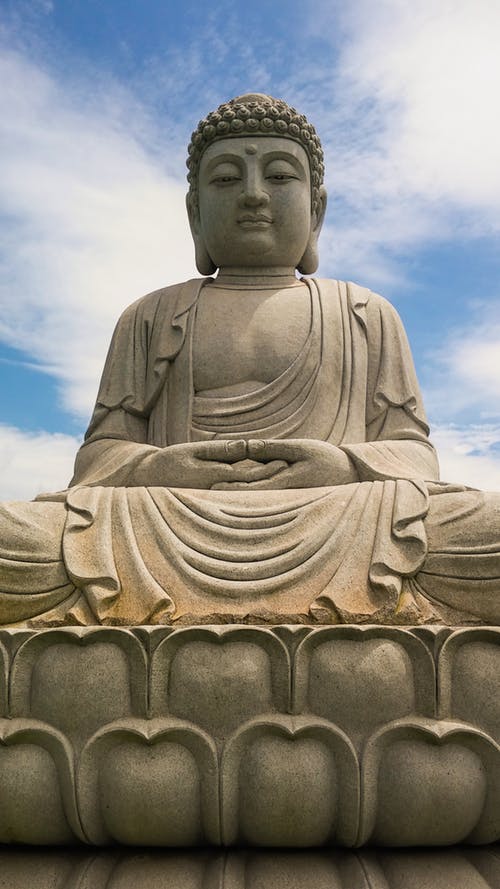 
We often think we can escape vulnerability, and many of us–rather than facing our vulnerability–try to escape it through drugs, alcohol, and other addictions or through trying to make ourselves invincible through amassing fame, power, and fortune.

But in the end, none of these things allow us to escape the fact that we (and the people we love) will eventually grow old, weaken, become sick, and die. (Sorry to be a bummer.)

The wise people in the world learn to face their own vulnerability and show compassion to themselves and others in our shared suffering. This path brings peace, empathy, and stronger connection to others. 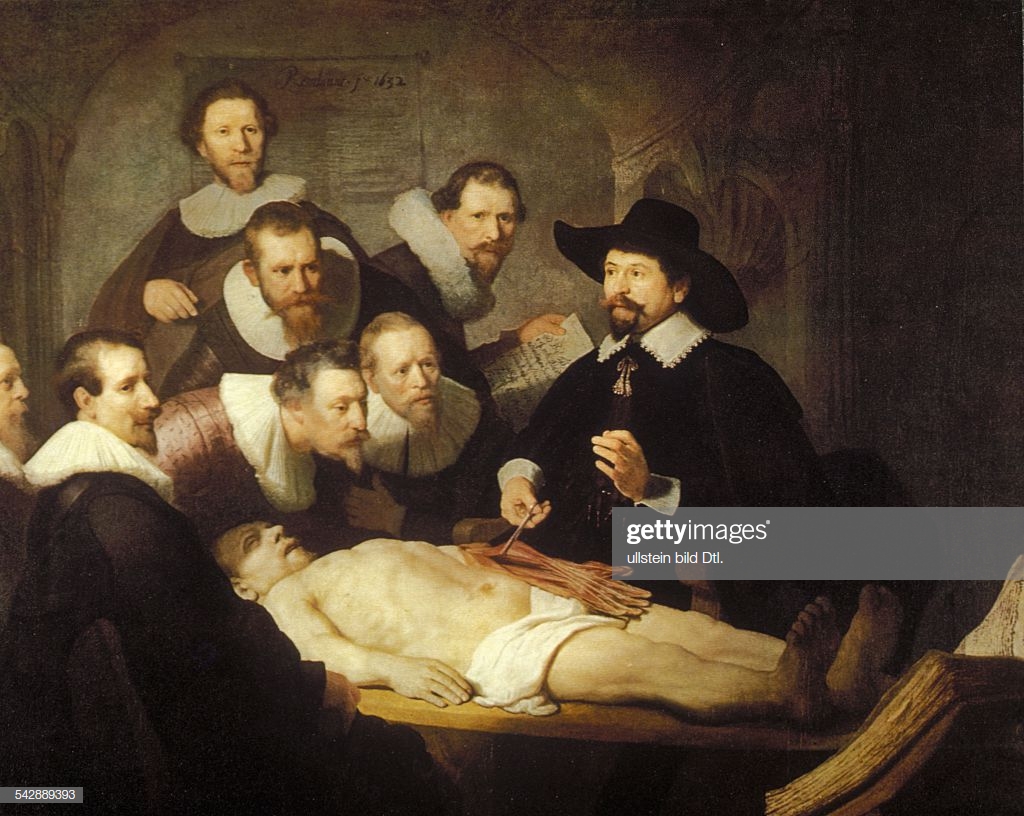 A Painting by Rembrandt

Other people continue to evade their own vulnerability and increasingly deny their own suffering or cut themselves off from the suffering of others. Sickness and suffering symbolize weakness to them.

And this brings me back to President Trump and his need to win at all costs.

I believe his need to win at all costs is one such area of immorality and lack of wisdom.

In addition, even public health official encourage people not to panic about the Coronavirus (you can read more here), so the President’s non-panicked response may be in line with these recommendations. If that is the case, good for him.

But I am also concerned about some of the President’s rhetoric concerning the potential pandemic. Here are some examples with sources you can read on the matter:

At a recent Republican rally in South in South Carolina, the President said that the news media and democrat’s reports about the Coronavirus was their new hoax aimed at undermining his presidency. You can read about this here and here.

When criticized for his response to the virus, he blamed a law enacted by President Obama for slowing down his administration’s ability to develop widespread testing for the Coronavirus, a claim which turned out to be false. You can read more about this here and here.

In addition, in a recent call on air with Sean Hannity on Fox News (you can listen to the President’s call here), in response to the WHO’s estimate of the death rate of the Coronavirus at 3.4%, the President said, “I think the 3.4% is really a false number.”

The President went on to say (you can hear this in the recording), “Now, this is just my hunch…based on a lot of conversations with a lot of people that do this, because a lot of people will have this, and it’s very mild — they’ll get better very rapidly, they don’t even see a doctor, they don’t even call a doctor — you never hear about those people, so you can’t put them down in the category of the overall population, in terms of this corona flu, and/or virus. So you just can’t do that.”

One might wonder why, in the midst of the spread of a serious illness, the president is wasting precious time talking about liberals, hoaxes, and President Obama’s administration. One might also wonder why, although he has zero medical training, he is (based on his hunch) contradicting the advice of trained medical professionals about an issue that could have serious repercussions to public health. (You can read more about this here.)

Some might say these are just the kinds of occasional lapses in judgment that the President shows, but I think it is more than this.

This isn’t the first time he has demonstrated this problem. When a hurricane struck Puerto Rico, he repeatedly downplayed the disaster and number of deaths there, even though officials on the island repeatedly told him that conditions were dire. He even went so far as to criticize Puerto Rico for reporting their own suffering. (You can read more about this here.)

When nations face moments of extreme crisis, there are going to be gaps in the systems, and administrative weaknesses will most certainly be revealed. Good and moral leaders who are able to grapple with vulnerability use these moments to be humble, self-reflect, learn from their mistakes, and regroup. 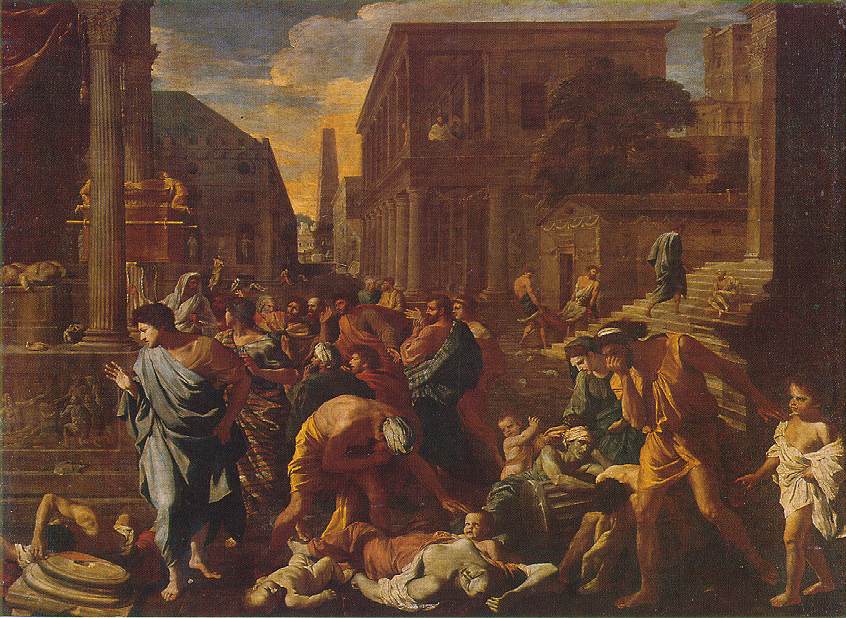 The Plague of Ashdod by Nicolas Poussin

Leaders unable to grapple well with vulnerability waste time blaming other people and ignoring important aspects of the scenario that reflect poorly on them.

I am concerned that while President Trump’s focus on winning may work well for him when he feels invincible, he lacks the ability to wisely handle scenarios when he is losing and when he and the nation are faced with moments of extreme vulnerability. In times like this, a focus on winning often leads to serious, and avoidable, losing.

We need to be aware of how the President handles both success and failure because how he does so greatly affects us all.

Is the President Amoral? Does it Matter?

I believe the President’s need to win at all costs is what led him to the Ukraine call debacle. I have written about this here:
Was it Wrong for the President to Ask Ukraine to Investigate CrowdStrike or Joe Biden?

1 thought on “Is President Trump Handling the Pandemic Well?”